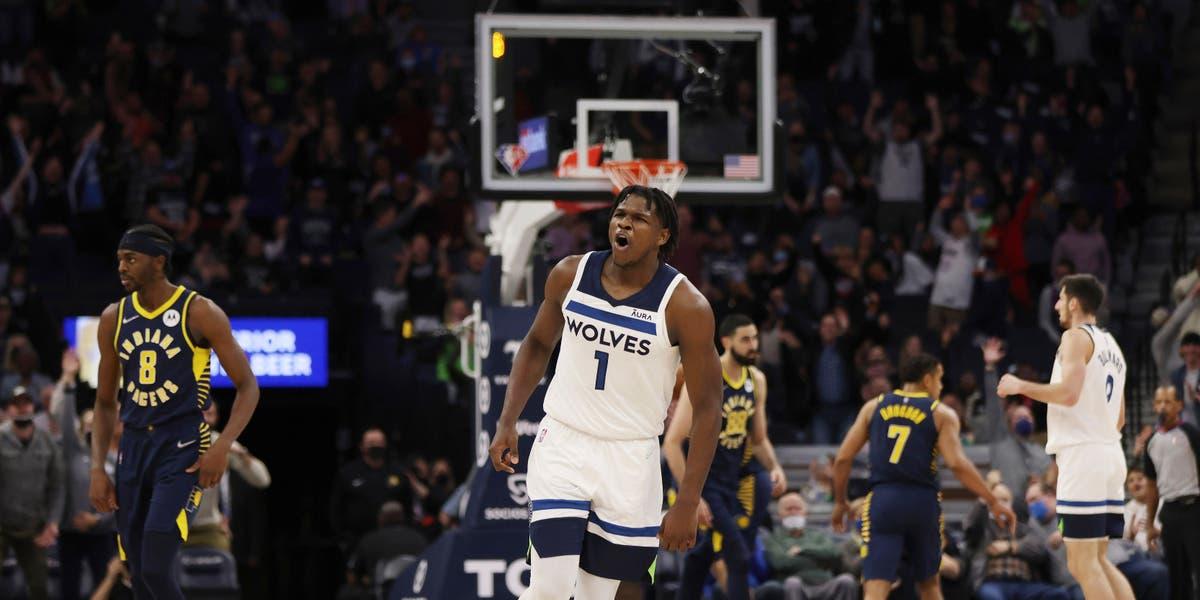 It was a meeting between disparate teams, one clearly on the rise and the other struggling not to sink. And yet that was precisely what happened to Indiana in Minneapolis. The Pacers went flat after the break and fell 100-98 to the Timberwolves.

The awakening of Domantas Sabonis, with one of his most complete games of the season. The Pacers leader added 16 points, 25 rebounds and 10 assists but he failed to transform his statistics into a group win.

Either Malcom Brogdon, with a line of 25/6/5/3, got his team to take a victory that would have been soothing for a Pacers who are 9-14 in the Eastern Conference and last night they added their 10th loss away from Indianapolis.

Yesterday they had to go through the frigid Minnesota tundra. The Wolves did not attack from the beginning but let their rival settle down before striking the blow that the future of the meeting would change.

So much so, that at halftime Indiana was winning by 9 and several of its starters accumulated a huge positive differential. However, the passage through changing rooms destroyed those of Rick Carlisle, shattering your hopes and dreams.

The three musketeers appeared, the same ones who are keeping Minnesota alive this season. Karl-Anthony Towns He was again the statistical leader, accumulating 32 points and 8 rebounds for his team. Anthony Edwards, with 21 points, 9 sacks and 5 basket passes, he was close behind.

In spite of everything, the great figure last night was that of D’Angelo Russell. The point guard knew how to perform his role perfectly, generating for his teammates, doing a little of everything and sealing a triumph that at times seemed like an arduous task.

Russell ended up with 21 points, 8 rebounds and 11 assists. The player finds his best version in Minnesota after a few years of packing too many times. Yesterday was the best example of this and of increasingly solid and serious Timberwolves.