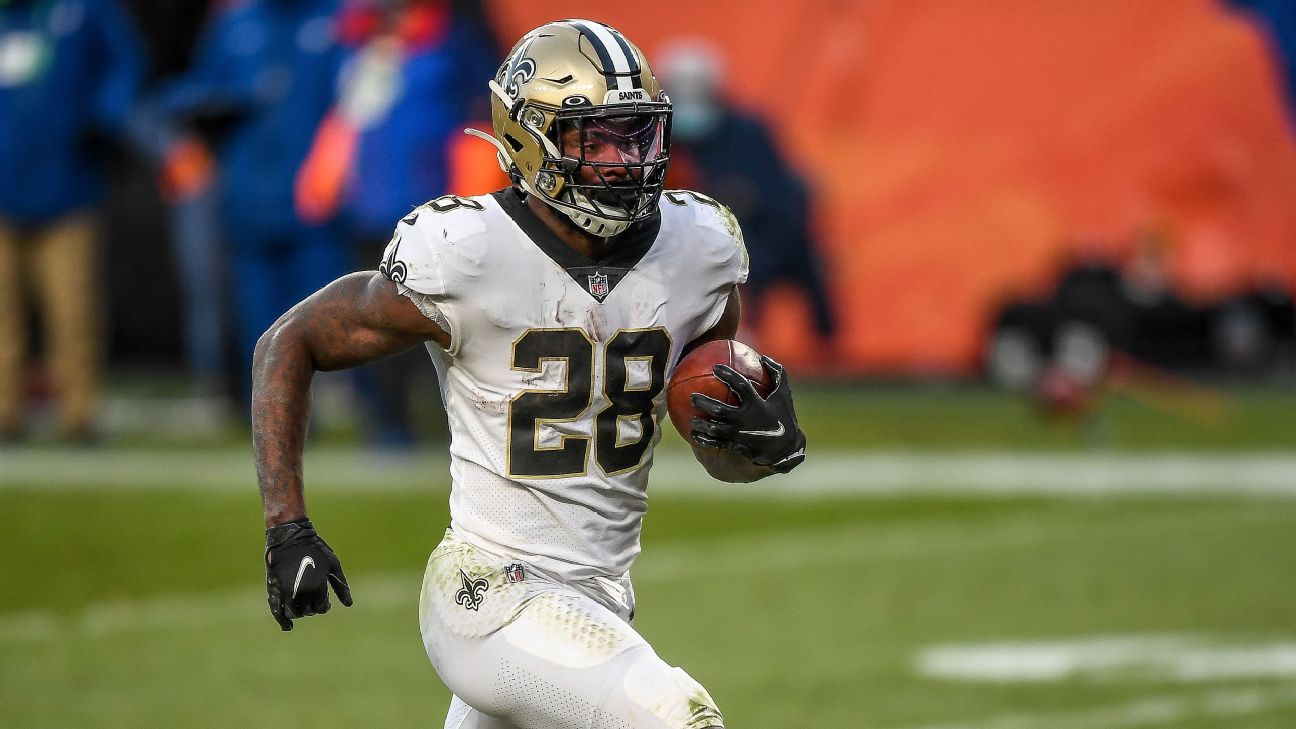 New Orleans will be without Latavius ​​Murray, Dwayne Washington and Michael Burton due to close contact with Alvin Kamara

METAIRIE – The task of replacing Alvin Kamara will be tougher for the New Orleans Saints on Sunday after their running back corps was ruled out after his backfield star tested positive for COVID-19.

Substitutes Latavius ​​Murray and Dwayne Washington, as well as fullback Michael Burton were placed on the reserve / COVID-19 list. this Saturday and they are out of the game against the Carolina Panthers. Running backs coach Joel Thomas will also not be traveling to coach during the game.

None of the other runners tested positive, a source told Schefter, and they are expected to return with the team next week. Kamara cannot return before next Sunday as he tested positive, leaving his availability in jeopardy for New Orleans’ first playoff game, unless the team can tie its first-round break.

To get the break, in addition to winning their own game, the Saints would need the Chicago Bears to defeat the Green Bay Packers and the Seattle Seahawks to defeat the San Francisco 49ers.

Against the Panthers, the Saints will likely rely on wide receiver / former running back Ty Montgomery, versatile quarterback Taysom Hill and rookie practice team running back Tony Jones Jr., among others.

The Saints (11-4) were on the opposite side of a similar situation earlier this season when they beat the Denver Broncos who had none of their quarterbacks in a 31-3 beating.

Veteran backup safety DJ Swearinger was also placed on the reserve / COVID-19 list, leaving the Saints shallow at the position, too. Starting free safety Marcus Williams was previously ruled out with an ankle injury and nickel safety CJ Gardner-Johnson was placed on the reserve / COVID-19 list earlier this week. Saints general manager Mickey Loomis also walked away from the team this week as a precaution due to high-risk close contact.

This is the most COVID-19 absences the Saints have had all season.