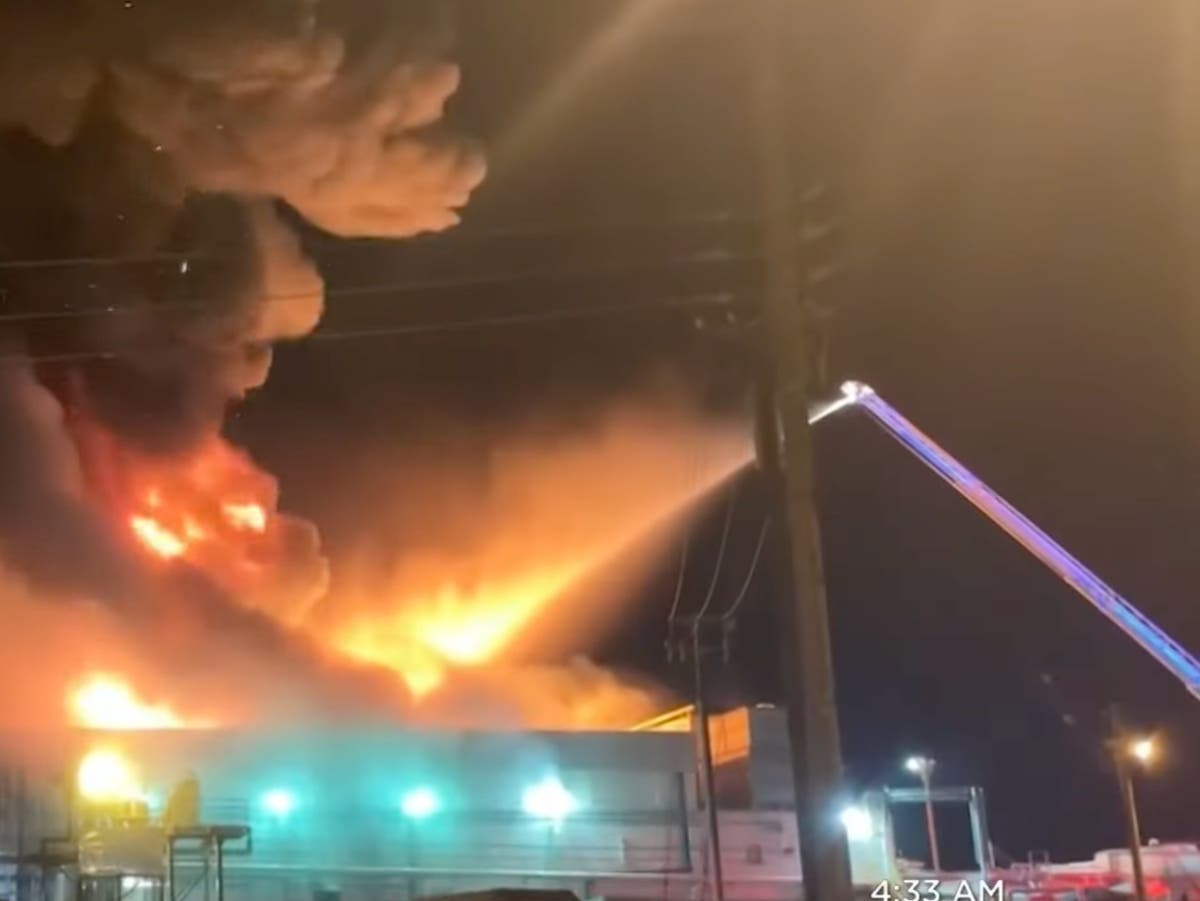 A fire at a food processing plant in Salinas, Californiacaused evacuations and the closing of schools.

The fire started around 7:15 pm Wednesday at the 225,000-square-foot Taylor Farms processing facility.

The fire prompted authorities to evacuate the surrounding areas and, as of Thursday morning, four schools had been closed.

The closures follow a shelter-in-place order issued Thursday that affects about 35,000 people in 7,000 homes. The area under evacuation orders includes 548 homes and about 2,700 people.

At 2:19 a.m., city officials said in a statement that the evacuation order was issued due to the possibility of an explosion and a dangerous plume of ammonia that can change which areas are affected based on wind direction.

Nearly 100 firefighters from 22 units in Monterey County have been called.

the deputy chief of firemen and incident commander, Sam Klemek, stated that “the fire progressed to the point where it poses a significant risk of a possible explosion from ammonia found in the plant.”

“For that reason, we have withdrawn our units to a safe area and have started evacuation advisories for the immediate area around the plant,” he added.

Authorities have asked area residents to stay indoors and keep pets inside, close all windows and turn off heating, ventilation and fans, according to Bay City News.

Salinas Fire Chief Michele Vaughn said late Wednesday that there are indications the fire started when a welding project started a fire in a wall that later spread to the facility’s attic.

The plant was closed for the season and no one was inside the building. The facility was scheduled to reopen Monday.

Authorities reported that the Environmental Protection Agency has been contacted and response teams are on the way, according to KSBW.