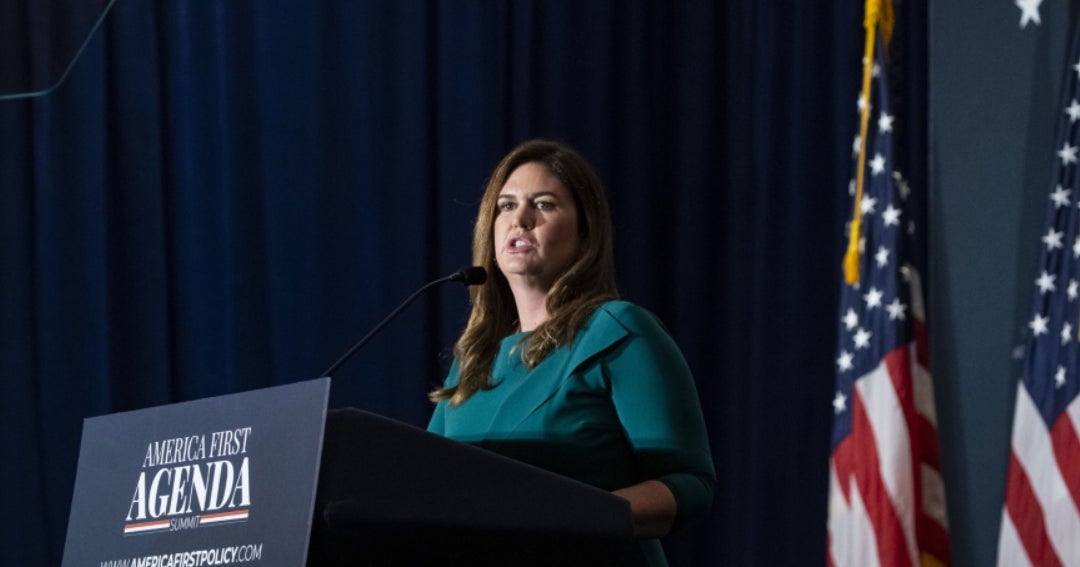 Sarah Huckabee Sanders, the Republican candidate for governor of Arkansas and former press secretary to President Donald Trump, has undergone surgery for thyroid cancer, she said in a statement Friday.

“During a check-up earlier this month, my doctor ordered a biopsy on a concerning area in my neck and the test revealed I had thyroid cancer,” he said.

“Today I had successful surgery to remove my thyroid and surrounding lymph nodes and by the grace of God I am now cancer free,” Sanders added in the statement posted on Twitter.

Sanders, 40, the daughter of former Gov. Mike Huckabee, was White House press secretary from 2017 to 2019. Sanders and her Democratic opponent, Chris Jones, are running to replace Gov. Asa Hutchinson, who is unable to run again because of the term limits.