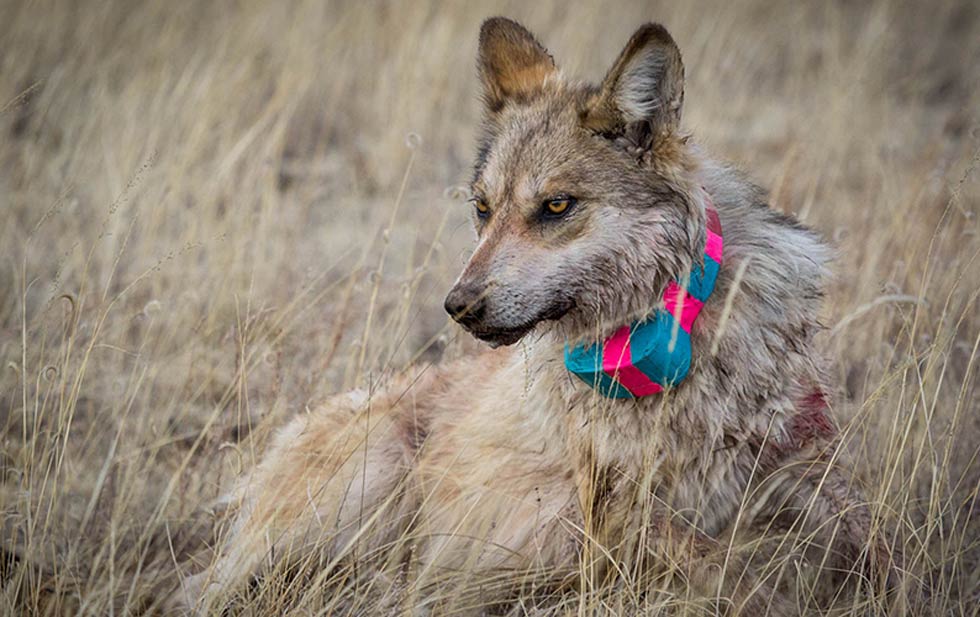 From the Writing / El Paso Newspaper

Phoenix, Arizona– Specimens of the Mexican gray wolf – native to the United States and Mexico – all but disappeared from the Southwest in the early 20th century, but reintroduction efforts that began nearly 25 years ago have brought them back from the brink of extinction, a Conkrite News report notes. , Arizona’s public television news service.

An updated recovery plan aims to further protect endangered wolves through increased law enforcement, education and outreach to communities near where the wolves live.

But the update has critics who say that it does not go far enough, specifies the report signed by the journalist Oliva Dow.

The US Fish and Wildlife Service’s (FWS) final modified recovery plan, released Oct. 5, will intensify enforcement in locations identified as hotspots for wolf kills. The goal is to deter illegal killing, investigate wolves that have been killed, and work with partners in other law enforcement agencies to protect wolves.

Today, nearly 200 Mexican gray wolves live in the wild along the Arizona-New Mexico border, a small portion of their historical range. Officials hope to celebrate the 25th anniversary of the reintroduction program next year with a population that exceeds 200 and has greater genetic diversity.

Cross breeding is an important part of the Mexican wolf reintroduction effort. This involves breeding wolves in captivity and then placing their pups in wild dens. Additionally, some wolves have been born in the wild since the program began.

“Human-caused mortality comes in a variety of forms,” said Jim deVos, Mexican wolves coordinator for the Arizona Game and Fish Department (AZGFD). “Passing cars hit wolves on the road, I think there are probably a number of wolves that get shot accidentally and no doubt some of them are on purpose.”

Fourteen wolves were illegally killed and six were killed in vehicle collisions in 2020, according to the Fish and Wildlife Service.

The first revision of the Mexican wolf recovery plan, in 2017, did not do enough to address human-caused deaths, DeVos said. The second comes after the Arizona Federal District Court sent the 2017 plan back to a lower court for reconsideration in October 2021.

DeVos said Mexican wolves, a subspecies of gray wolf, are not large and can be mistaken for coyotes. Because of this, Arizona Game & Fish is working on tools to help the public, including information about wolves in the department’s annual hunting guidelines.

“We’re leaving them at sporting goods stores, places that hunters hang out,” DeVos said. “The focus is, again identified within the recovery plan, to increase enforcement to increase public recreation, public education and try to minimize the number of wolves that are killed.”

Aislinn Maestas, of the Fish and Wildlife Service, said in an email interview that implementation of the updated recovery plan should lead to achieving their goals of establishing two populations distributed within the historic range of the Mexican wolf in Arizona, New Mexico, Texas and Northern Mexico.

“In general, we determine what types of actions will be useful during the recovery of a species based on the threats that affect the species,” Maestas said. “Therefore, we developed actions in the plan to address these issues from various angles, such as increasing law enforcement to deter illegal take, and education and outreach to increase public understanding of wolves.”

Maestas said recovery plans are reviewed if the reviews are ordered by a court, in the case of the Mexican wolf, or if additional scientific information about the species becomes available.

“The revised plan includes new site-specific management actions to address the threat of human-caused mortality, including illegal killing,” Maestas said. “The revisions address the portion of the plan remanded by the court and do not include any changes to the recovery strategy or criteria.”

Some organizations, like the Center for Biological Diversity, want further improvements to the recovery plan.

Michael Robison, a leading conservation advocate at the center, said Mexican wolves would lose their endangered status when they reach a certain number, a number he believes is too low. Mexican wolves would be delisted if the population maintains an average of 200 wolves over an eight-year period. He also worries that wolves have a narrow distribution “that doesn’t use all the habitat that could help them recover.”

Robinson said he would like the plan to address livestock conflicts and “more effective” releases into the wild.

The latest revision includes “livestock grazing rotations, increased protection around sensitive areas such as calving areas, fence repair and maintenance, hazing, and horsemen,” according to a Fish and Wildlife news release.

Robinson said the best way to prevent conflict between wolves and cattle is to remove cattle carcasses.

“The most important of these (revisions) is to require livestock owners to dispose of carcasses of cattle or, in some cases, horses that die of causes unrelated to wolves, that die from disease or poisonous weeds or bad weather, or, lightning, and other predators, all these things that kill animals,” he said.