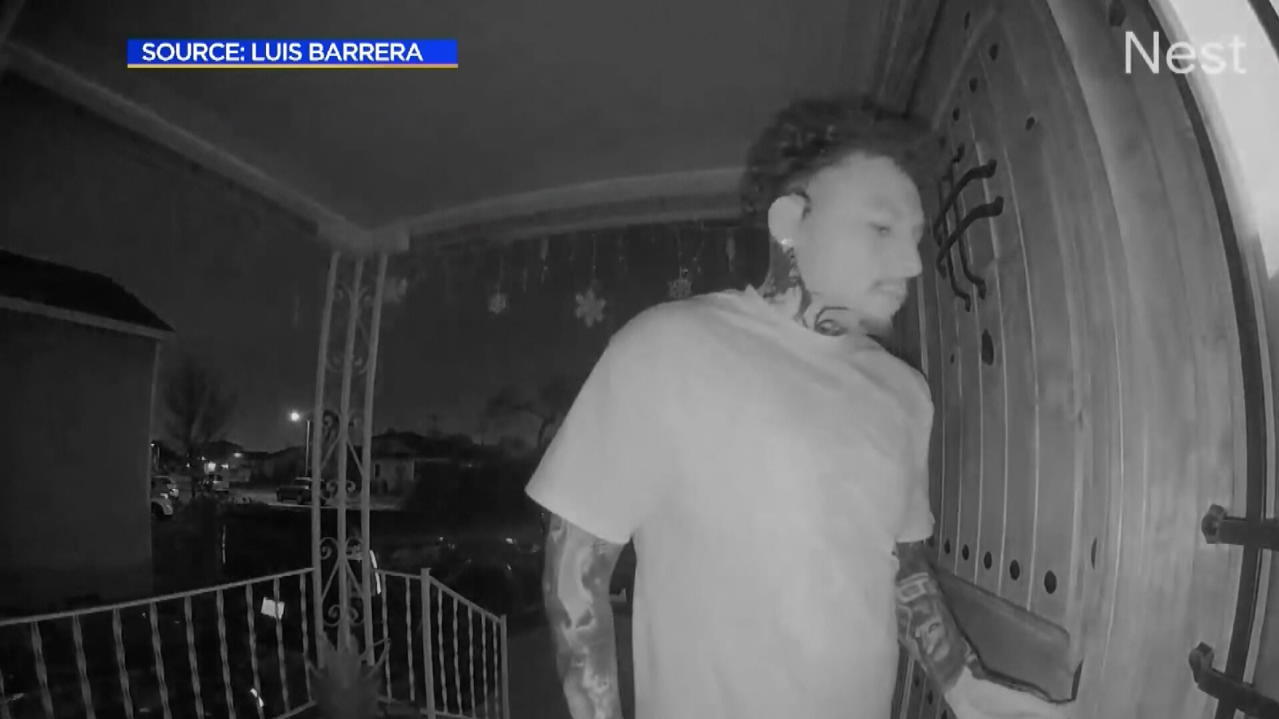 Ali Porath, from Lakewood, California, comes home late Sunday night with her two children. It is dark. But she’s not alone, as she assumes. Just seconds after the young mother entered the house with her children, a strange man suddenly appeared on her porch. He tries to get into the house. In the video you can see the threatening footage of the stranger through the surveillance camera…

The stranger tries to open the door and shakes it. Then he knocks. Luckily the door is locked. “He was so close to the door that I had the feeling that he would position himself so that as soon as we opened the door he could push his way in,” Ali told US broadcaster CNN, shocked.

The stranger hangs around on her terrace for a few more minutes, then disappears again into the darkness. What he wants from the young mother and her children, why he followed her to the front door is unclear.

The worried mother immediately calls her husband Luis, who unfortunately is more than an hour away from their home. He can see the surveillance video on his cell phone and alerts the Lakewood Police Department. However, after a patrol of the neighborhood, authorities are unable to find the man – he has since disappeared. It remains unclear whether the man had already followed the family in the car or whether he happened to be in the area when they arrived at their house.

Could have happened to anyone

Especially with small children you always have so many things lying around that the door often just stays open because you keep running back and forth to the car, the upset mother says in an interview. It could have happened to anyone, she says. Her thoughts circle anxiously: Did the stranger want to harm her or her children? Did he want to attack and rob the family?

On this evening, however, she has one thing above all: happiness. Because after the arrival on Sunday evening, her older daughter carries her sibling into the house shortly after her mother and locks it directly behind them, as if she had guessed it. So she blocks the way for the creepy stranger at the last second.

Scary stranger on the run

Lakewood, California police are now searching for the man, who is clearly visible thanks to the surveillance camera: he has dark hair, shaved off the sides and is fully tattooed. The large scorpion tattoo right on his neck is particularly striking. (cap)