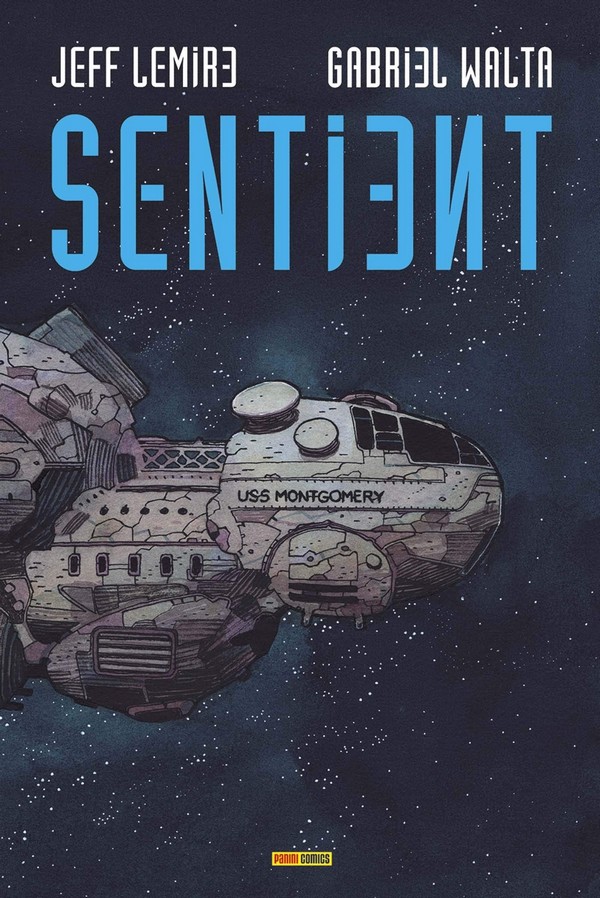 The subject of Sentient is unusual: wishing to permanently cut the children of the society of the Earth (in order to make them free according to her), a member of the crew kills all the adults and prepares to leave with their children… It was without counting on Valérie, the artificial intelligence of the ship, who was ordered to kill this rebel in order to save the children. After killing the murderer, Valerie finds herself dealing with an unexpected problem: raising the children for the remainder of the trip to the space colony.

With Sentient, the famous screenwriter Jeff Lemire invites us to discover an artificial intelligence more human than humans, the latter being marked with the seal of violence and devastating ideals. Although she cannot be embodied in the eyes of the children, Valérie will educate them and protect them from the threats that lurk in space, even if it means becoming a real surrogate mother in their eyes. A nice writing exercise from Jeff Lemire that can only grab the reader’s attention.

Lilly’s birthday will mark a hell of a change for the occupants of the USS Montgomery … and her artificial intelligence!
© 2019 TKO Studios, LLC.
© Panini Comics

Unfortunately, the subject of the album seemed short to us in the end, which makes it difficult for it to offer all the content that the reader can hope for to give substance to the relationship between Valérie and the children. Be careful: we are not writing here that the purpose of Sentient is rushed or sloppy, far from us this idea, but that we would have liked willingly that this story develops a longer frame which would have made it possible to give even more personality to the various children and to their new relationship with Valérie.

The main scriptwriting attraction of the album lies precisely in our eyes in this relationship between Valérie and the children, but also in the evolution of Valérie over the chapters. From the point of view of the plot, if we put aside the departure of the album which is unusual, the development and the conclusion of Sentient seemed to us to be more predictable in view of the stories of the genre, while nevertheless retaining interest.

It is also an album which is based on the very beautiful boards of the designer Gabriel Walta |, whose characteristic style continues to do wonders in our eyes.

In all cases, Sentient is an album that deserves the detour: Jeff Lemire offers an intriguing postulate that he develops with efficiency, while Gabriel Walta illustrates his point very beautifully.

This article remains the property of its author and may not be reproduced without his permission.