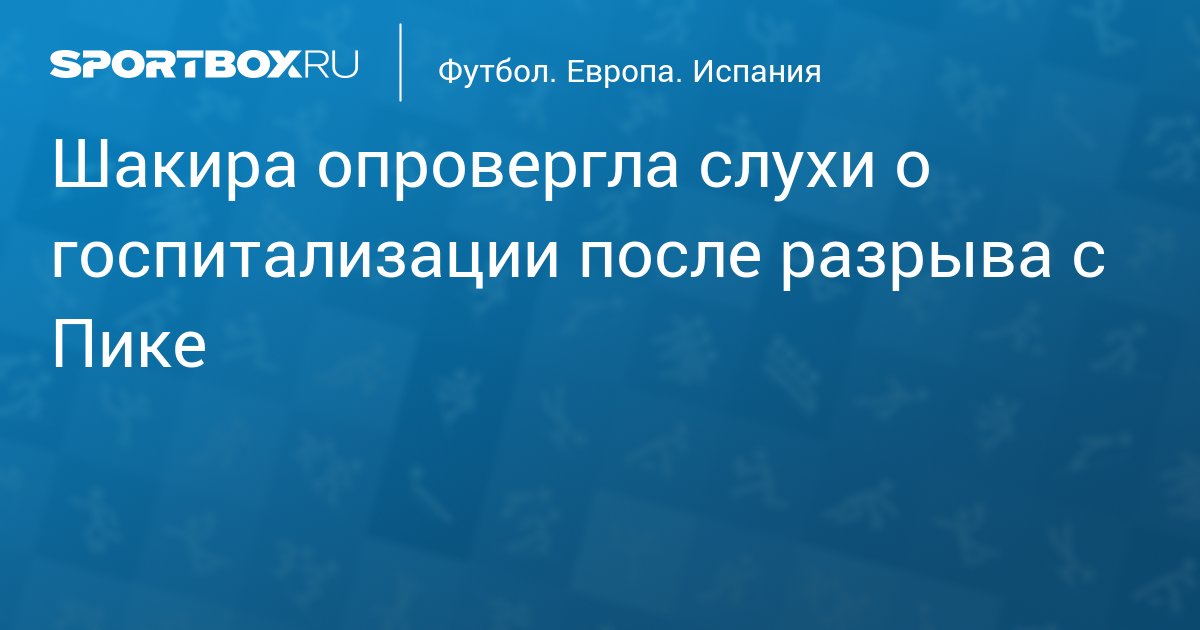 Singer Shakira on Twitter applied to fans, refuting media reports about hospitalization after breaking up with Barcelona defender Gerard Pique.

“Recently I have received several disturbing messages. Some people claim to have seen me in an ambulance in Barcelona. I wanted to clarify that these photos were taken on May 28, when my father, unfortunately, fell heavily. On this day, I personally accompanied my father in an ambulance to the hospital, where he is recovering safely. Thank you all for your support and love, — wrote the singer.

Earlier, a number of Spanish media reported that Shakira allegedly ended up in the hospital with a nervous breakdown after breaking up with Pique because of his betrayals.