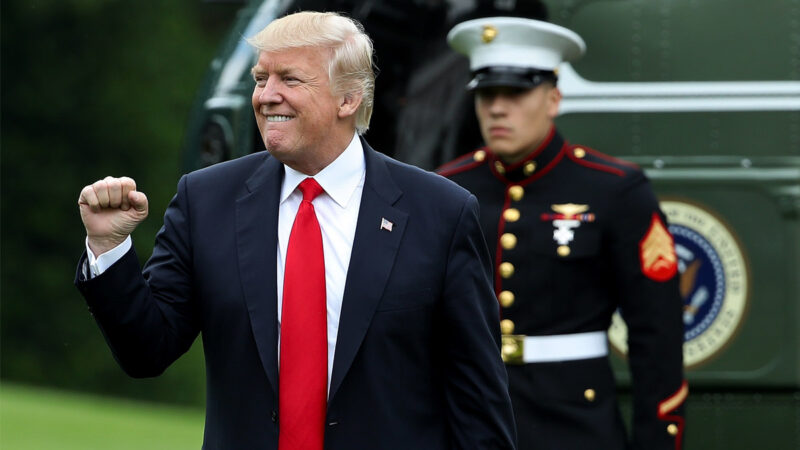 [NTD News December 31, 2020 Beijing time]President Trump and first lady Melania Trump went to Mar-a-Lago in Palm Beach, Florida, to celebrate Christmas last week, but on vacation Plans have changed, the holidays will be shortened, and Trump will return to Washington earlier.

The change in vacation plans means that Trump will not attend his annual New Year’s Eve party at the Palm Beach Sea Lake Manor. The guests have already received admission tickets, and Trump will usually give short briefings to guests at the annual party. Speak.

Trump’s return to Washington is one week before Congress officially counts the Electoral College votes on January 6. Although he did not explain the reason for the sudden change of his vacation plan, as the fight against election fraud intensifies, Trump may prefer to continue the fight in Washington.

Trump’s legal team is still working around the clock, urging the state legislatures of states with disputed election results to exercise their powers in accordance with Article 2, Section 1, paragraph 2, of the Constitution to choose to submit the list of Trump electors to Congress.

On Wednesday, Republican Senator Josh Hawley of Missouri joined the challenge to the electoral college voting certification in six controversial states. He said that someone must stand up for 74 million Americans.

Somebody has to stand up. 74 million Americans are not going to be told their voices don’t matter pic.twitter.com/DMa7sRyoAh

Newly-elected Senator Tommy Tuberville of Alabama is also expected to issue a challenge in a joint meeting of Congress. In addition, more than 30 members of the House of Representatives have also declared their opposition to Congress’s certification of illegal electoral votes.

Representative Adam Kinzinger, Republican of Illinois, is one of the few Republicans who oppose Trump’s continued fighting. In an interview with “The Bulwark Podcast” on Wednesday, Jinzinger revealed that when Congress convenes a joint meeting on January 6 to calculate the electoral college votes, more than 100 Republican lawmakers should vote against Biden’s victory.