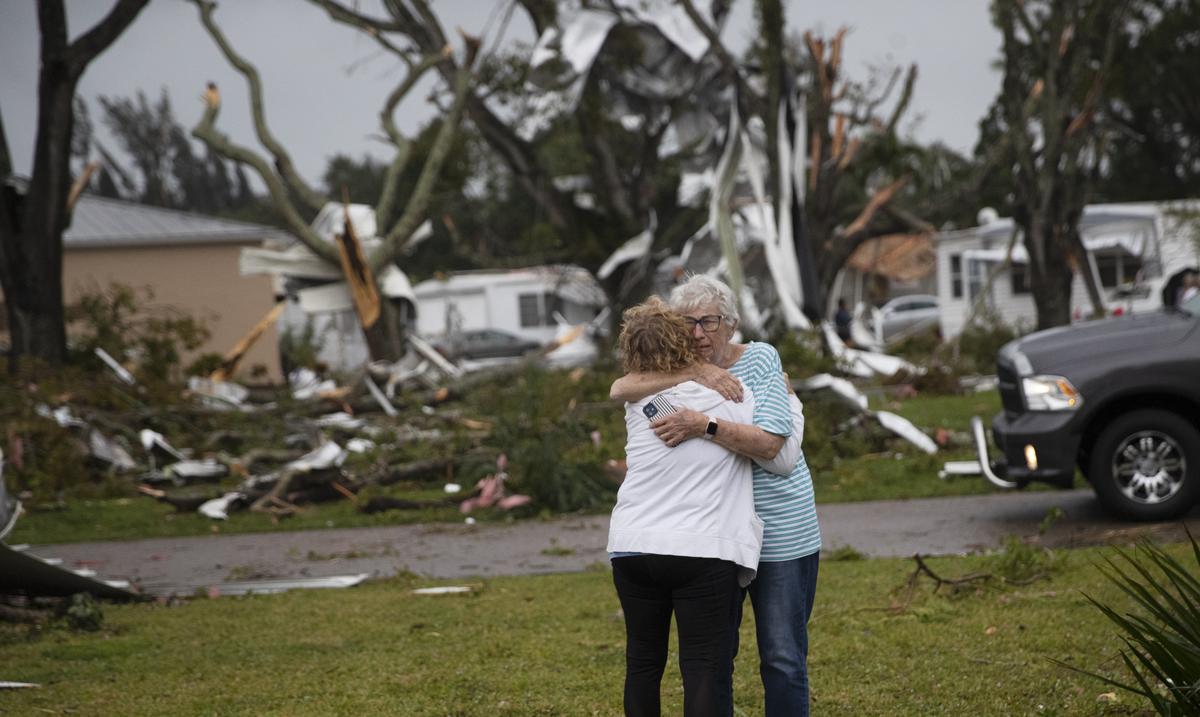 Miami – At least six tornados were reported Sunday on the west coast of the state of Florida, where dozens of homes were destroyed, according to the latest bulletin issued this Monday by the National Weather Service (NWS).

The tornadoes were part of a powerful storm system that moved across the state early Sunday morning, and were reported in Lee, Charlotte and Collier counties.

To the five tornadoes reported in Lee and Collier at first, another one confirmed by the NWS in Charlotte County must be added this Monday.

The NWS reported that one of the tornadoes touched down near the Florida city of Fort Myers with an EF-2 category, out of a maximum of 5, the local channel NBC2 said on Monday.

This tornado generated winds of 118 miles per hour, making it the most powerful in the area since 2016, and stayed on the ground for 1.8 miles.

If in the Fort Myers area the tornadoes left more than a hundred houses damaged, of which thirty were destroyed, in Charlotte County the figure rises to at least another 35.

According to Lee County authorities, in this area four people suffered minor injuries due to the passage of tornadoes and more than 200 had to be evacuated.

The Weather Service was in this region of the Florida coast of the Gulf of Mexico on Monday to assess the damage, reported the News4Jax channel.

This series came a month after at least 61 tornadoes were registered in the center of the country on December 10, where they left more than 80 dead in the eight states they passed through: Kentucky, Arkansas, Tennessee, Missouri, Illinois, Georgia , Ohio and Indiana.

See Also:  US: Florida announces more penalties for requiring masks to be worn in schools

One of these tornadoes traveled more than 100 miles and caused devastating damage to several communities in Kentucky.

The Florida storm system was part of a cold front that crossed the southeastern United States on Sunday and continues to the northeast this Monday, leaving heavy snowfall and strong winds that have caused the cancellation of more than 1,500 flights, according to FlightAware, and left more than 80,000 customers without power, according to PowerOutage.