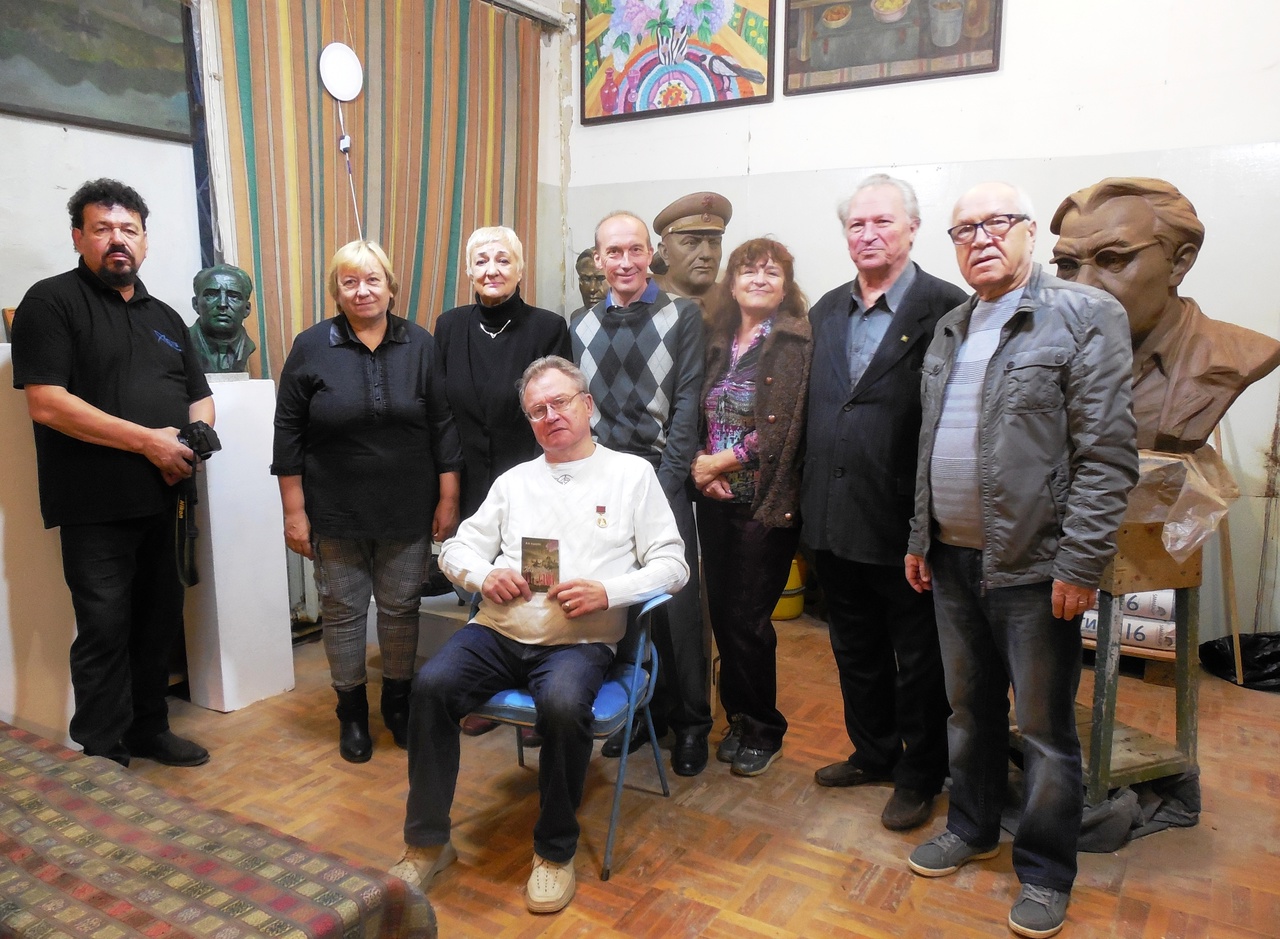 There was no Russian power then.
The forests smoked at dawn.
And before the Moscow heads rose,
Smolensk was built on the Dnieper.
More than once the sky was hot from the flame:
The key-city in the siege burned.
And before Minin spoke with Pozharsky,
Smolensk repelled attacks.
More than once or twice he shielded himself
The expanse of a great country.
And before being the battle of Borodino,
There was a battle at the Smolensk wall.
We know how hard it is to part with him,
We fought on every mountain.
And before the Nazis break through to the Volga,
Many of them lay down on the Dnieper.
From every stone here breathes courage
Our days and the days of antiquity.
And if you want to be stronger in spirit,
Stay at the Smolensk wall.

The lines of this poem, at least the first, third and fifth quatrains, should be known to every Smolensk citizen, because these are the words of the anthem of the hero city of Smolensk. The author of the poem, presented in collections under various names: “Smolensk”, “First Soldier”, “Stay at the Smolensk Wall …”, is a native of the Vyazma land, a front-line soldier, a member of the Union of Writers and the Union of Journalists of the USSR, laureate of the Komsomol Prize of the Smolensk Region named after Yu.A. . Gagarin Alexei Mikhailovich Bodrenkov.

Look at the portrait of this man – peer into his face. What depth of sight! Thoughtful focus!
He published only six small collections of poetry. But all his poems are like a splash of the soul: humane, kind, lyrical, instructive, with unobtrusive edification. They contain the feelings and thoughts of a poet-citizen, a great love for the motherland, for the Smolensk region:

“I go and worry
And I rejoice:
After all, these are Smolensk
Our edges.”

His restless soul was always in search of the best:
“My soul’s movement –
Invasion of the same world
Where is the laughter and tears
And love –
To dizziness.
Where are the winters
So with frost
And if springs –
With thunderstorms
Where the dawns rise in the morning
Above the white birches.
Where are the doves over the schools
Where are the horses with horseshoes
Where the sky is looking at me
With cornflower blue eyes.”

There was a war in the fate of Alexei Bodrenkov – it left a big mark on his soul, in his poetry. And in peacetime, his weapon was the word:

“But am I going somewhere for an essay
Or reveal someone’s shortcomings,
I feel that I am not very peaceful,
I, the people, continue to fight.” 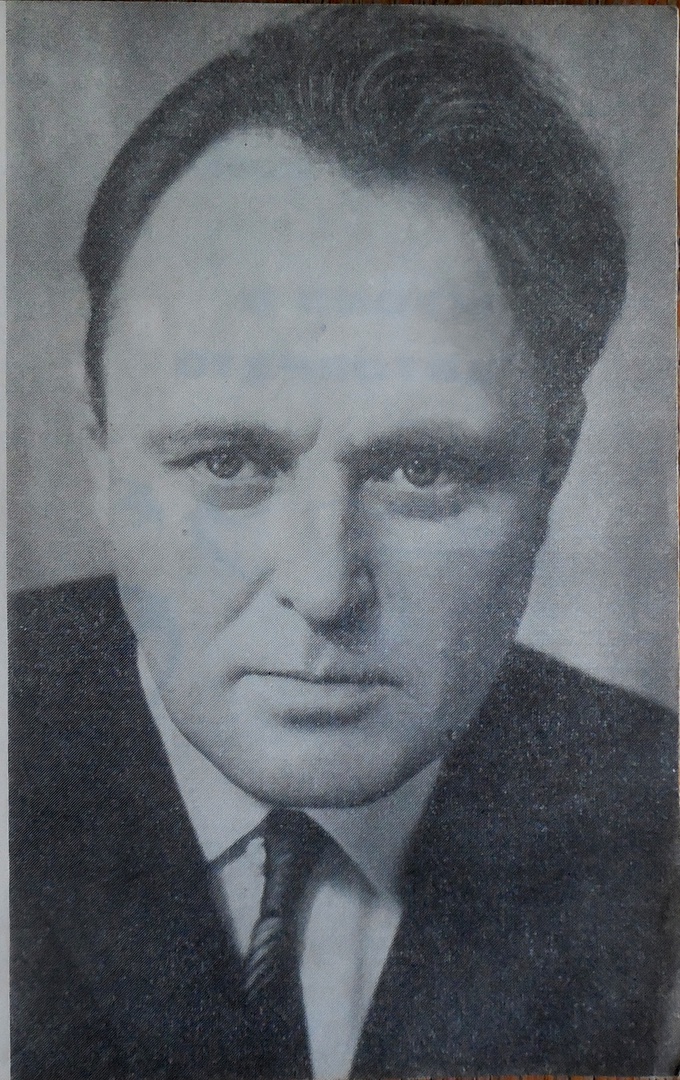 He wrote a lot about agriculture, about working people, about good leaders. Not every journalist can boast that his essays are published in separate books, and Bodrenkov has three such books: “The intelligentsia of one region” (1954), “Always on the road” (1958), “There is such a collective farm” (1978). Their author was indeed always on the road in the literal and figurative sense of the word: he “had to travel a lot around the region and observe with his own eyes what he wrote about.” In the poem “My View of Life” he expressed his position in life:

“My outlook on life
Extremely simple:
stand in front of her
in full growth,
Like a breakwater
Before the wave
Like a bright world
Before the war.
don’t be humbled
Not July –
You are the wonder of the sky
And the earth.”

The front-line poet was born on the Day of the Red Army – February 23, 1922. For his centenary, the library of Smolensk State University organized the exhibition “I’m looking for severe grandeur in wise everyday beauty.” A note about him for the anniversary was published in Smolenskaya Gazeta. In the city, a surge of attention to his name was provided by Z.T. Bogachenkov.

Oddly enough, the date of death of a man who had passed away not so long ago remained unknown for a long time. The main source of Bodrenkov’s biography is the book by I.T. Trofimov “Writers of Smolensk”, but it was published during the lifetime of the poet. In the encyclopedia “Smolensk region” (2001), 1985 is indicated. And now, through the efforts of the necropolist A.N. Moshkov date of death of A.M. Bodrenkov was found out – he died on September 5, 1984.

On September 5, 2022, Smolensk activists gathered to honor the memory of the person who gave Smolensk words worthy of becoming the city’s anthem. The traditional venue for such events is the workshop of the sculptor K.F. Kulikov. The materials of the library exhibition served as a source for a detailed acquaintance of all those present with the life and work of the poet. Additional information has been found over the past period. Now we know that during the Great Patriotic War Bodrenkov received several wounds, that in 1963 he was the editor of the regional book publishing house, in 1964-1966 he lectured and conducted practical classes at the faculty of working correspondents at the University of Marxism-Leninism of the Smolensk city committee of the CPSU, in In honor of the 50th anniversary of his native newspaper Rabochy Put, he was awarded a certificate of honor.

Having become a resident of the capital, Bodrenkov published in the newspapers Pravda, Soviet Russia, and Komsomolskaya Pravda. Unfortunately, practically nothing was known about the Moscow period of the poet’s life, but the Smolensk poet and journalist V.V. Korolev clarified something.

A lot about the authors of the anthem of Smolensk, the poet A.M. Bodrenkov and composer I.M. Trushkin, their arranger and performer, composer N.E. Pisarenko. Sculptor K.F. Kulikov read the poem “I am the son-in-law of a legless soldier …”, echoing his fate. The head of the poetic association “Rodnik” A.A. Korolev reminded the participants of the event that Alexei Mikhailovich has a whole poem “Lenin in Smolensk”, revealing one of the pages of the history of our city, and read Bodrenkov’s metaphorical lines about rain. The participants of the event also voiced the idea of ​​Viktor Fedorov, a 25-year-old worker traveler: “We should think about publishing a book of his selected works, which would include all the best that is scattered in separate collections.” After that, the audience discussed over a cup of tea how and what can be done to perpetuate the memory of A.M. Bodrenkov. The most active part was taken by the head of the club of local historians “Phoenix” D.V. Buteev.

And Alexei Mikhailovich Bodrenkov himself in the form of a bust by the sculptor K.F. Kulikova calmly looked at what was happening.