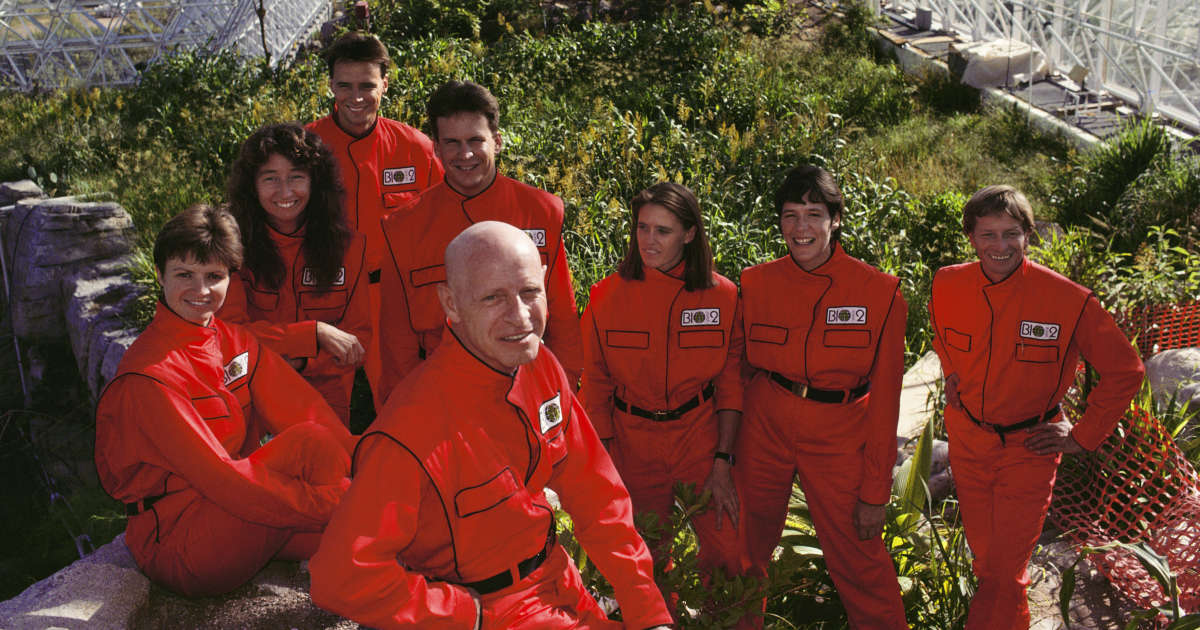 When Loana, Steevy, her Eeyore plush toy and Jean-Edouard were locked in the “Loft” in 2001, the press quickly referred to an improbable experiment: that of Biosphere 2, carried out in Arizona, ten years earlier. A totally crazy adventure that this film, nominated for the grand jury prize at the Sundance Film Festival, decided to narrate. We jump from surprise to surprise. It all started in the mid-1960s in San Francisco around the charismatic John Allen. A few young people of his age united by the same artistic desires create the Theater of All Possibilities and it is not a figure of speech, as the sequel will prove.

Tired of this city too commercial for their taste, and already very concerned by the ecological catastrophe which threatens, they leave to design from scratch a ranch in New Mexico. Then build from A to Z a very big boat. The site manager is not yet 20 years old. By their side, Ed Bass, a young billionaire in the oil industry: he brings funds to buy properties – for example, a hotel in Kathmandu – and the small group takes care of the work to increase its value. But the earth quickly becomes too cramped for these molten imaginations.

It was then that from a question – would it be possible to live on another planet, to create colonies on the Moon or on Mars? – a futuristic epic is born. They imagine an incredible totally hermetic building, baptized Biosphere 2, with a size of more than one hectare and eight floors, to test a life in total autarky. Recruit eight biospheres, mainly scientists linked by video and telephone to the control center, based nearby, which they lock up for two years. Food, water, air, waste will be recycled in the system. Inside, several ecosystems are reconstituted: a savannah, a marsh, a tropical forest, a miniature ocean with its coral reef … “Flashy experience”, “Green entertainment”, will accuse the detractors. Ed Bass had bet $ 200 million, speculating he could patent the idea the day people went to space. What is called a very long term investment …