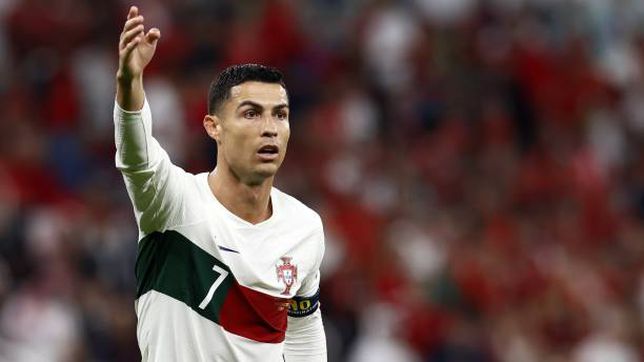 Cristiano Ronaldo He became a new player for Al-Nassr from Saudi Arabia this Friday. The announcement took millions of fans by surprise, who hoped that the Lusitanian star could remain among the elite of world football, but finding no place in a club of hierarchy, he made the decision to go to the Middle East.

The former player of Real Madrid and Manchester United will receive 215 million dollars a year, This figure also includes commercial agreements, making it the contract with the highest salary in the history of football. Cristiano Ronaldo sacrificed his permanence in European football for a million-dollar contract in Saudi Arabia.

Ronaldo’s arrival at Al-Nassr could have fallen through, as numerous clubs had previously tried to sign the Portuguese star without success. According to a report by ESPN’s Taylor Twellman, the MLS seduced Cristiano and was very close to materializing his arrival in a Western Conference franchise.

Taylor Twellman specified that Sporting Kansas City He was in constant communication with Cristiano Ronaldo’s entourage and, in fact, the offer they proposed was so attractive that there were even meetings between the Major League Soccer outfit and Ronaldo’s people before his arrival in Saudi Arabia. In the end, Cristiano opted for Al-Nassr.

Multiple @MLS teams inquired about Ronaldo and his future but 1 team was already at the table: @SportingKC
Their offer was so compelling that Ronaldo’s team had multiple meetings w/SKC before taking the Saudi deal. The package (wages/commercial) was said to be “very close”. #MLS