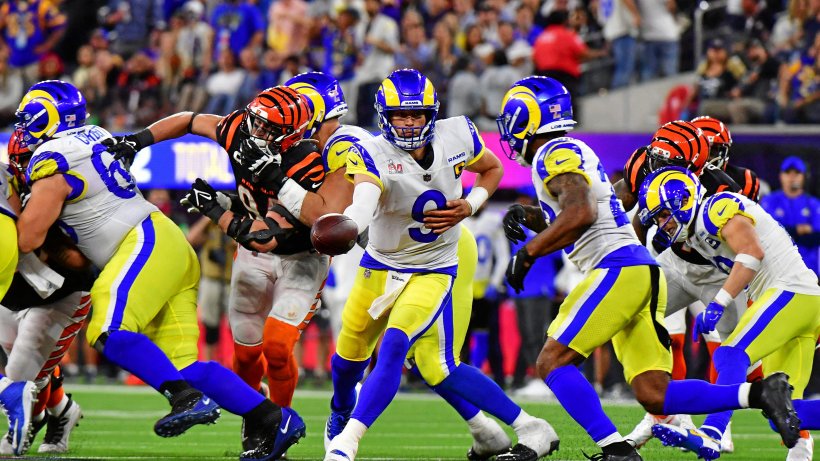 Red.
The Super Bowl will be broadcast in the Gocher Goli Theater in mid-February. Stadtwerke Goch have prepared everything.

On the night of February 12th to 13th, 2023, the biggest American sports highlight of the year will take place, the 57th Super Bowl. After a break due to the pandemic, the live broadcast by Stadtwerke Goch will take place again this year Goli Theater in Goch instead of. The upcoming Super Bowl will be held at State Farm Stadium in Glendale, Arizona, which teams will meet is not yet certain. “We are very happy that we will be able to perform live again this year Super Bowl in the Goli Theater in Goch,” says Carlo Marks, Managing Director of Stadtwerke Goch GmbH.

“The Goli impresses with its charm and its own character, and its central location also makes it very suitable for this evening.”

Admission is from 10 p.m. this evening and the pre-transmission of the game starts at 10:45 p.m. The game will be broadcast live from 12.30am and will continue into the early hours of February 13th. “Also this year, in addition to original American beer, an American snack offer is again waiting for football fans. A hotdog stand will be set up in the foyer of the Golis, where guests can put their hotdogs together as they wish,” says Marks. The game will also be broadcast on screens in the foyer.


Rihanna sings during the break

“The tickets can now be bought for 6 euros at the Stadtwerke Goch in the service center on the market and in the administration on Klever Straße or directly in the Goli Theater,” explains Carlo Marks. “The ticket price includes a hot dog, a soft drink and a bag of popcorn, which the guest receives upon presentation of the ticket at the event.” Tickets can be purchased at the box office for 10 euros.

It’s worth watching, because not only the game is a highlight, but also the halftime show. It was announced last year that US superstar Rihanna will perform this year.

More articles from this category can be found here: Kleve and the surrounding area