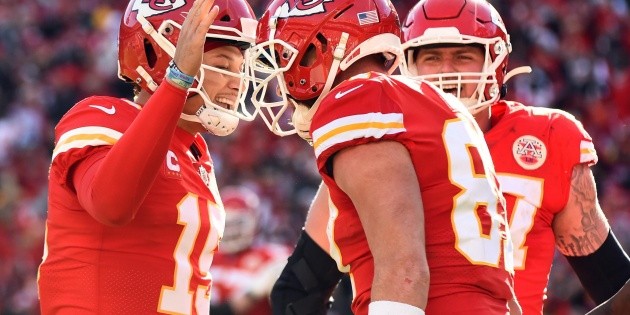 Despite the fact that the competition system in the NFL tends to weight parity, during the Playoffs surprises are rare… And that is how the betting houses in Las Vegas understand it.

Facing the Super Bowl 2023 (LVII edition), which will be played on February 12 at State Farm Stadium (home of the Arizona Cardinals), the top two seeds from each conference are the favorites to go in and win it.

Yes indeed, those of the American start with an advantage over the representatives of the National.

Los Chiefs of Kansas City are the number one candidates to lift the Vince Lombardi trophy, with a line of +330. That is, if Patrick Mahomes and company are crowned, for every 100 dollars risked, the investment will be recovered, in addition to another 330.

Los buffalo bills they occupy the second place, with +420. The talent they have and the motivation that their safety Damar Hamlin has experienced makes them a fearsome team. As if that were not enough, a hypothetical AFC final against the Chiefs would be played in neutral territory and not in Kansas City. This was determined by the League, after what happened in the unfinished match against the Cincinnati Bengals.

Los Philadelphia Eagles They are third, with a line of +500. The great season they had (14-3) and the reappearance of quarterback Jalen Hurts reinforce their options.
And the fourth rung is one of the San Francisco 49ers, with +550. The youth of the passer Brock Purdy makes doubt.