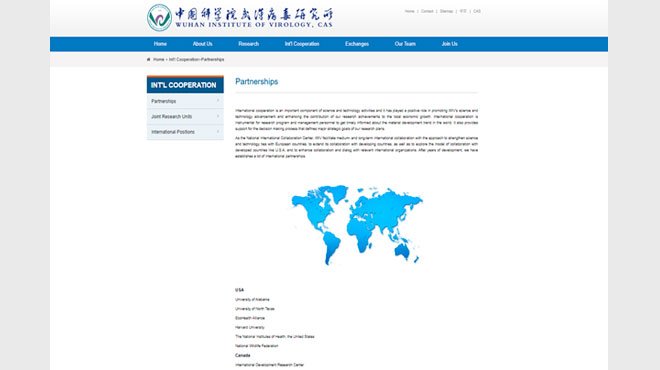 The English-language homepage of the Wuhan Institute of Virginology lists several US universities that claim to have “international cooperation,” including the University of Alabama.

The U.S. Department of Education, which is continuing to investigate the inappropriate relationship between American universities and the Chinese Communist Party, has recently told the University of Alabama, including the Wuhan Institute of Veterinary Medicine, which is said to be the source of the new corona virus. We asked in a letter to provide records of contracts, gifts, and donation contracts with Chinese educational institutions and companies.

A letter sent by the Ministry of Education to the university on 22nd stated that higher education institutions were required by law to report to the federal government regarding gifts and contracts made with foreign countries. The university did not seem to report on the alleged partnership with the Wuhan Virus Institute in Wuhan, China. “

Since January 2015, we have requested that all gifts received from the Chinese Communist Party, contracts signed, contact methods of the persons involved, etc. be reported within the next 30 days.