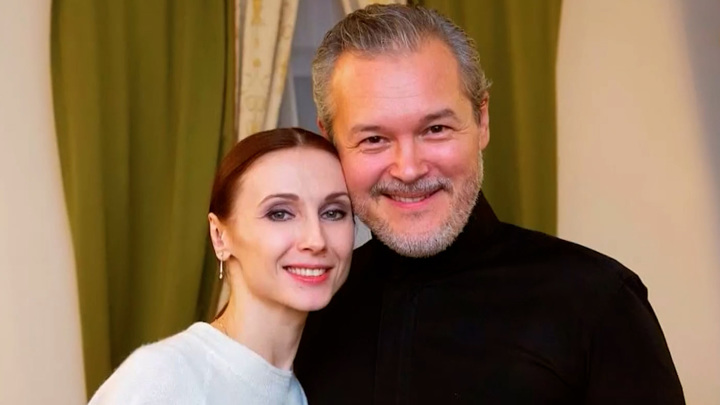 Straight talk in the show “The fate of a man with Boris Korchevnikov” became the first joint interview Svetlana Zakharova and Vadim Repin on TV. The prima ballerina of the Bolshoi Theater and the famous violinist have revealed the secret of their happy marriage, which is already more than ten years old.

For the first time, Svetlana saw Vadim during his concert at the Moscow Conservatory, after which she came up to take his autograph. Later, fate will bring them together only years later. Svetlana does not hide: Vadim conquered her, and she completely trusted him.

“I then let everything take its course and just enjoyed my state, and everything else did not bother me, that’s all. Although it doesn’t look like me. Yes, I didn’t recognize myself. I decided: let everything go on, and we’ll see there. The main thing is that I feel good, “- said the ballerina.

As a result, they got married, the marriage turned out to be strong and long, and Svetlana’s female wisdom became the secret of the couple’s happy relationship.

“For my part, I feel boundless respect for the person. We have never had a situation when it was difficult to resolve some issue … I express my opinion, and Svetlana, in general, does not agree with me one hundred percent, but she will never say that I am wrong. And he will say: “I want to do as you want,” Vadim Repin shared. According to him, there have never been any serious conflicts in their family for all these years.

Svetlana Zakharova, with the words of her husband, agreed: “Whatever Vadim says, I think, first of all, he is a man and the head of the family. It always seems to me that whatever he said is correct. Indeed, there were no difficult moments, and I hope it won’t. “

In addition, the artists noted that frequent tours and love for work also help them maintain a strong and happy marriage. They simply do not have time to quarrel, and after long separations, it is especially pleasant to be together.

See Also:  Sotnikova spoke about her love for Panin

Even more interesting news – in our Instagram and Telegram channel @smotrim_ru