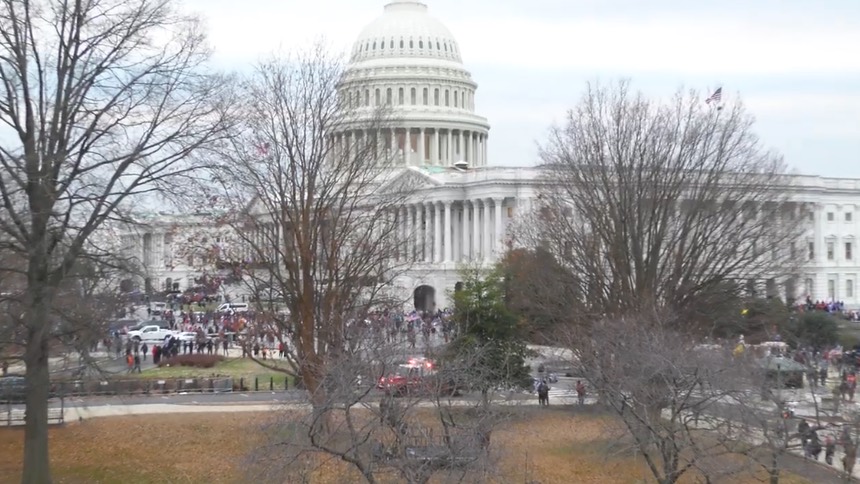 [Voice of Hope January 6, 2021](Compiled by our reporter Yuning)In the process of the U.S. Senate and House of Representatives certifying the results of the presidential election on January 6, the challenges of Pennsylvania and Arizona have been rejected, while the challenges of other swing states have not succeeded. Therefore, Republicans have tried to challenge the results of the 2020 election. In defeat, Biden took the electoral votes of the swing state.

A group of people broke into Capitol Hill on the afternoon of the 6th, forcing members, staff and reporters to evacuate Capitol Hill for several hours. Some members of the Senate and House of Representatives withdrew their efforts to challenge the results of the Electoral College, but Senator Holly refused. concession.

Holly said: “What we are doing here tonight (challenging the results of the Electoral College) is actually very important, because for those who are concerned about our election integrity, and those who are concerned about what happened last November, this challenge is to make These opposing voices and people’s concerns are heard in the right way, and Congress is also the most legal place to (voicing these opposing voices).”

Then Senator Holly and Pennsylvania Rep. Scott Perry challenged the results of the Electoral College of Pennsylvania. Perry said that his challenge won the support of 80 Rep. However, the Senate vetoed the challenge 92:7, and the challenge of the House of Representatives did not succeed.

Since no other state has won the challenge, the Republicans in Congress have failed their efforts to challenge the results of the 2020 election.