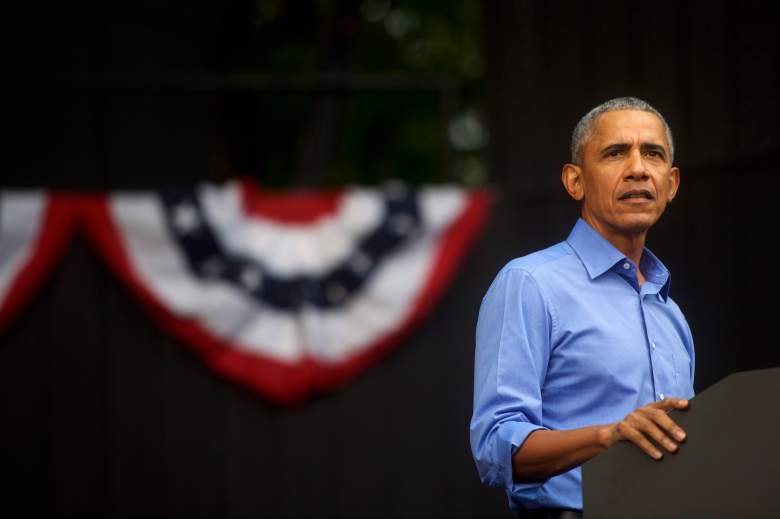 A case that many are describing as racist, is shocking a student community in Michigan, United States, in which a prestigious school in the Detroit area has been involved, when a teacher left an assignment for her students, in the that the main topic was about primates.

The Roeper School is the oldest K-12 school for gifted children in the country. But the school is facing a wave of controversy after students were given an assignment titled ‘an introduction to primates’ and former Pres. Barack Obama’s photo was listed.https://t.co/bT6qhdYsCn

The school where the events took place is The Roeper Schoola private campus which has been designated as a place where talented and gifted students study, and in which an “anti-racism resolution” was passed in 2021, as reported by the NY Post.

“Current social justice issues across our country, including the murders of Black, Indigenous, and People of Color (BIPOC), have had a profound impact on our past and presenting students, faculty, staff, administrators, trustees, and families in The Roeper School”.

The educational center has two campuses, one in Bloomfield Hills northwest of Detroit and another near Birmingham, where the problem with the teacher occurred, who was suspended, placed on administrative leave, by the student authorities, and the classes suspended during Friday, May 20, 2022.

What happened was a task left by a teacher to her students, in which the following question was found: “Apes, monkeys and lemurs: an introduction to primates, which of the following are primates?” Said the exercise title. Until then, there was no problem. In the same exercise, students were asked to select the animals that were primates. In the image, it is observed that there are photos of an ape, monkeys, hedgehogs and a peacock, which were surprisingly accompanied by a photograph of the former president of the United States, Barack Obama, the first African-American president who had the country.

This exercise caused the outrage of parents and students, who criticized the teacher’s task, stating that it was a racist act.

“A private school in Birmingham, Michigan gave students a worksheet to choose from a gallery of photos labeled apes, monkeys, and lemurs. Former President Barack Obama was listed on the sheet.” Philip Lewis wrote on Twitter.

A private school in Birmingham, Michigan handed out a worksheet to students instructing them to to pick from a gallery of photos labeled apes, monkeys, and lemurs

According to the Imparcial media, a student took a photo of the sheet and shared it on the internet with the title “An introduction to primates!”. After the image was spread in the media and social networks, the school made the decision to cancel all classes on Thursday, since people planned to attend the educational center and demonstrate against it, asking that the teacher be fired, definitely not being able to return to work as educator.

The school released a statement on the situation and gave an update on what happened.

“On behalf of The Roeper School, we want to acknowledge the disturbing racial offense contained in an assignment last week. The choice to use this curriculum was completely inconsistent with the philosophy and mission of our school and we sincerely apologize for its use and the harm it has caused. Although the teacher assumed responsibility and admits the error of not properly examining the resource, we know that this is not enough and that she has been placed on administrative leave until further notice”, the institution said in the document.

For her part, the director of the school Carolyn Lett spoke saying that “it made me feel disgusted, I could not believe it”, El Imparcial reported. In addition, he said that the reasons why the biology teacher included Obama in the task are being investigated.

Along the same lines, Clay Thomas, president of the Roeper Board of Directors, spoke in statements cited by Fox 2 local that “It becomes even more challenging for us because it is the antithesis of who we are as a school.”

Assignment that depicts Barack Obama next to monkeys prompts school to place teacher on leave.

The Roeper School teacher in Birmingham, Michigan, asked students in an assignment that showed Obama: “Which of the following are primates?”: @AntonioPlanas1https://t.co/R555qddrgn

Finally, it should be noted that according to website from Roeper School, this is the nation’s oldest private institution for gifted students and prides itself on educating students of diverse ethnicities, races, and socioeconomic backgrounds. Furthermore, according to Fox 2, Birmingham private school can cost up to $30,000 each year.