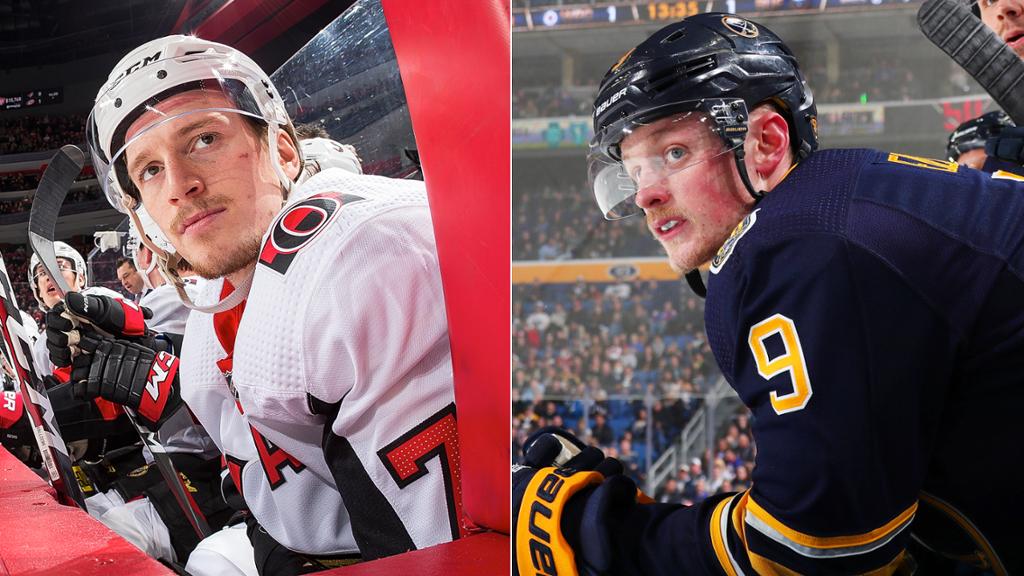 For the seven teams that did not qualify for the qualifying round for the Stanley Cup Playoffs last season, preparation for the season starting January 13, 2021 begins today, December 31, 2020. With the training camps, after the long game-free time for these teams, the focus is on the sporting again. NHL.com takes a look at ten interesting topics that will be relevant to the camps.

Support on the way to Ottawa

The German exceptional talent Tim Stützle is currently wearing the number 8 and the C on the jersey of the German U20 national team. At the IIHF U20 World Championship, the attacker underscores that he will be a valuable addition to the Ottawa Senators. After the third-placed striker finishes playing in Edmonton, he will join the Senators. After Germany has qualified for the quarter-finals, Ottawa will have to wait a few days before Stützle steps onto the ice in the Canadian capital for the first time. He will then wear the shirt number 18, which was last worn by the Hockey Hall of Famer Marian Hossa in Ottawa.

In contrast to the German first round pick in 2020, Moritz Seider, who was drawn the year before, will not be able to participate in his team’s training camp. Seider signed a contract in the SHL with Rögle BK and will complete the entire season in Sweden. The defender is already in top form there and has scored 13 times in 20 games (2 goals, 11 assists). After the end of the season in Sweden it will show whether Seider will still join the Red Wings, or whether his first NHL appearances will have to wait another year.

A collection of first-round picks

At the Anaheim Ducks, a lot of talent will gather on the ice in the training camps. 12 first-round picks of their own and two other players chosen by other teams in the first round are part of the 41-man squad for preparation. Including the four first-round picks from the two previous drafts. With Trevor Zegras, Brayden Tracey, Jamie Drysdale and Jacob Perrault, the Ducks certainly don’t lack talent. Now it is time to prepare for the start of the season on January 14th at the Vegas Golden Knights and to convert the talent into quality on the ice.

See Also:  How much is Jude Bellingham, BVB's rising star, worth?

Arizona instead of San Jose

The teams’ training camps usually take place in the same location as the regular season practice. In times of the corona pandemic, those responsible for planning must also take into account the framework conditions of the responsible authorities and take alternative paths. Contact sports are prohibited by government regulations in Santa Clara County, home of the San Jose Sharks. Accordingly, an alternative had to be found. The Sharks will prepare for the coming season at Ice Den in Scottsdale, Arizona. An unusual situation in which nothing should be lacking. “We’ll have all the amenities we need,” said manager Doug Wilson.

Bergmann at the top of the grid

A look at the roster of the San Jose Sharks shows in first place Lean Bergmann. The German attacker is named because of his surname in the top position of the strikers, who in turn stand in front of the defenders and goalkeepers. The German will do everything to underpin his name-related top position in sporting matters too. Further down on the list of names is with Timo Meier another Swiss attacker who has already clearly proven his NHL suitability.

Peterka as a candidate for the Buffalo Camp

The Buffalo Sabers with trainer Ralph Krueger are also preparing. With JJ Peterka, the team with the German-Canadian coach drew the German attacker in 34th position in the 2020 draft, who is currently causing a sensation at the U20 World Cup, together with Tim Stützle. In the four games in Edmonton he has already collected ten points (four goals, six assists) and shows that he deserves an invitation to prepare. “We have to see how everyone comes back from the World Cup,” said Krueger, postponing the decision. “We have time.”

Lots of changes in Ottawa

With the Ottawa Senators, the long break was used intensively and the squad changed significantly compared to the previous season. 13 new players were hired, including Tim Stützle and other well-known newcomers Derek Stepan, Matt Murray or Alex Galchenyuk. With the many newcomers, the face of the team has clearly changed and the Senators will have to use the time in training to automate the processes among the players.

For Mackenzie Blackwood it was a new contract in the break between the two seasons. The goalkeeper in the service of the New Jersey Devils made the leap to the starting goalkeeper in 2019/20 and was able to convince with a catch rate of 91.5 percent in 47 games. After his entry-level contract had expired, it was now about the next few years. “Mackenzie will be one of the young core pieces of our organization for a long time and we are very excited and happy to have him under contract,” said manager Tom Fitzgerald after signing the three-year working papers with a total value of 8.4 million US Dollar.

McLellan as helmsman for course correction

The last game of the Los Angeles Kings took place on March 11, 2020. The puck has been resting in the Californian metropolis for nine months and the Kings had plenty of time to review the disappointing season. “From a professional perspective it was a roller coaster,” said trainer Todd McLellan to the LA Times about the long break. “We came back to LA in late August, early September and started to work. We met almost every day and discussed different parts of our game or line-up.” When the new season starts, McLellan wants to get his team back on track, starting with the first game. “Game one is about two points and we haven’t played for ten and a half months. It won’t be easy, nobody expects that. But it shouldn’t be an excuse,” said the motivated coach.

When the Buffalo Sabers step on the ice for the first time in more than nine months, Tylor Hall will also be the most famous newcomer wearing the Sabers jersey. With Krueger, he meets a well-known coach, under whom he already acted as a player in Edmonton in 2013. In the season of only 48 games, Hall got such a good impression of him that he became one of the main factors behind the attacker’s signature in Buffalo. In the 2012/13 season, under Krueger, Hall scored for the first time in the NHL more often than games had to be completed (50 points in 45 matches). In Buffalo it will show whether the duo Hall-Krueger can also provide many points in 2020/21.