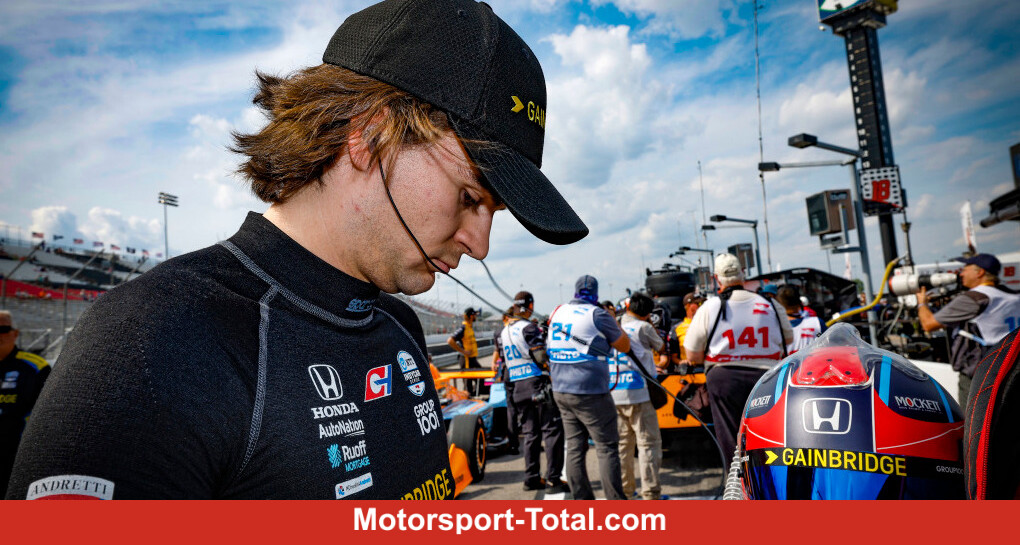 (Motorsport-Total.com) – Will Formula 1 become even more American in the future? Ever since Liberty Media took over the helm of the premier class, the US has had a pretty big contributor to it. In 2023 there will be three races in the United States and with Haas you also have an American team. What was missing so far, however, was an American driver.

Colton Herta could become the American driver for Andretti

That will change in 2023 with Logan Sargeant at Williams, and the new project from Andretti and Cadillac, who announced their intention to enter Formula 1 on Thursday, also wants to use a US driver. It has been no secret for a good year now that Andretti would like to be in the championship. But now they have also secured the support of the largest car manufacturer in the USA, General Motors.

“Having an American manufacturer behind an American team with an American driver will be the biggest story of the year,” says team boss Michael Andretti.

Although entry is far from guaranteed, the team is optimistic that they are in a good position after FIA President Mohammed Bin Sulayem suggested this week that a process for interested teams be started.

Will Colton Herta come on the second try?

At Andretti, they are fully backing America because Haas has not necessarily been able to fill the gap so far. The racing team also started out as a US flagship, but has not yet had an American driver and even drove around in the Russian colors of sponsor Uralkali in 2021.

“We definitely have plans to have an American driver,” confirms Andretti. The most logical name is Colton Herta, who AlphaTauri wanted to bring into Formula 1 in 2023, but failed because he does not have the necessary super license points.

“We all know who is the leader in this regard,” Andretti doesn’t want to beat around the bush that Herta has good prospects of a cockpit. “We currently have Colton under contract with the IndyCars and want to make sure we have an American driver in the car.”

There is also a new factory in Indiana, which Andretti says will be “one of the most advanced racing facilities in the world”. In addition, one will also be able to use the systems from Cadillac, as Managing Director Mark Reuss confirmed on Thursday.

However, Andretti also plans to have a base in Europe, “because we will do more than just Formula 1,” says the team founder. The racing team would also like to drive in series such as Formula 2 and Formula 3. “So we will also have a large headquarters there. That’s the plan,” said Andretti.

With Cadillac, the team could have the necessary piece of the jigsaw puzzle that was needed for entry into Formula 1. Because so far, the American’s advances have been coldly rejected because it was not certain whether Andretti can really offer the added value that Formula 1 and the other teams are looking for.

For Cadillac itself, this is also an opportunity to get a little more global presence, after having previously been mainly in the IndyCar series and the IMSA series in the USA. “Michael was really important to us,” says Reuss. “We weren’t exactly looking for it, but Michael started it. And then it just developed.”

“We’re in a really good position now,” says Andretti himself and sees opportunities to make it into Formula 1: “I believe in it 1,000 percent,” he says. “I think we’ve done everything it takes to get into Formula 1.”

“And I think that we are definitely ahead of our competitors in this respect,” said the American, who does not know exactly who else is applying for a place in Formula 1. “But I’m very, very confident that we’ll be on the starting line-up soon.”