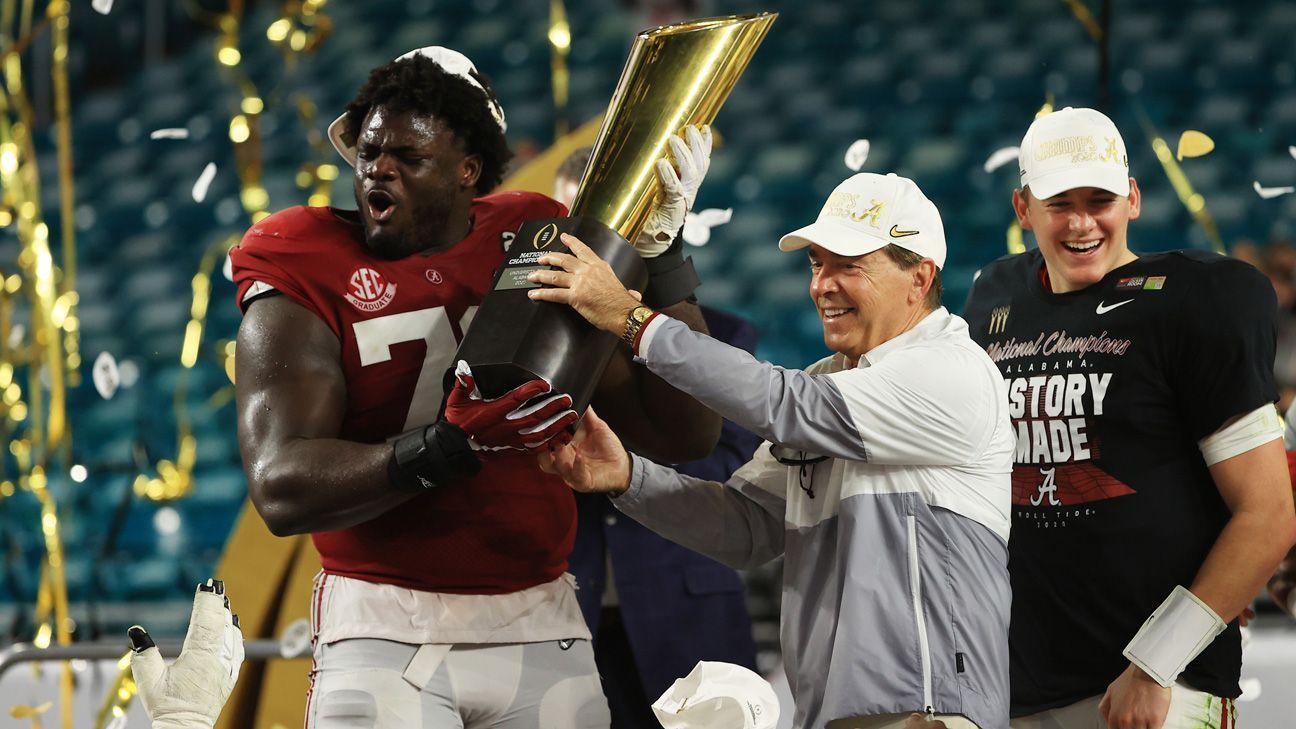 MIAMI GARDENS, Fla. – DeVonta Smith was unremarkable, Najee Harris unstoppable and Mac Jones flawless. With a yield that was both surgical and explosive, the seeding No. 1 Alabama won the National Championship Game 52-24 against No. 3 Ohio State Monday night

The final game of the collegiate season in the midst of the pandemic, a campaign that was not known if it would be played and full of losses in the fall, ended in the most predictable way: Alabama (13-0) as champions for the sixth time in the past 12 years under Nick Saban.

For Saban, it was his seventh championship, breaking the tie with Paul ‘Bear’ Bryant and becoming the head coach with the most collegiate championships.

Ohio State (7-1) just couldn’t keep up. Justin Fields played what would be his last game before heading to the NFL, passed for 194 yards and a touchdown. If Fields was 100% after a brutal blow in the semifinal against Clemson, it’s hard to know for sure.

In the first offensive series the Buckeyes lost running back Trey Sermon due to injury, in a game in which they needed to run at top speed as they faced one of the best offenses in recent history. Ohio State has never allowed so many points in a bowl game.

Fans will be able to debate the best team in the Saban era, but none will be more memorable than this one. The Tide finished perfect during a season marked by COVID-19 that forced teams into quarantine and endless trials and uncertainties every week with matches in mostly empty stadiums.

Heisman Trophy winner DeVonta Smith caught 12 balls for 215 yards and three touchdowns, all in the first half in which the Crimson Tide crushed the rival 35-17.

Jones, who finished third in the voting for the Heisman, completed 36 of 45 for a record 464 yards in a National Championship Game. and five touchdowns, operating behind an offensive line that rarely made him feel pressured. Harris finished with 158 yards from the scrimmage with 29 carries, scoring three times to give him the SEC mark of 30 touchdowns on the season.

Smith did not play in the second half due to injury. He returned to his team’s touchline in the fourth period with his left hand bandaged.

Smith and Harris surprised everyone by returning to college football for their senior season.

Wow was it worth it! Along with Jones, another member of Class of 2017, they will leave Alabama as leaders of a team that managed to make an arduous march through the pandemic seem easy.