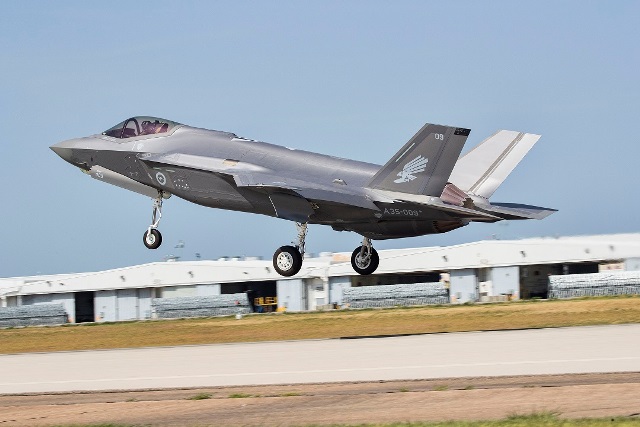 The first of the Royal Australian Air Force squadrons re-equipped with F-35s already has Initial Operational Capability or IOC (Initial Operational Capability). Two years ago the first two F-35As (conventional take-off and landing version) arrived in Australia to join its Air Force, the RAAF (Royal Australian Air Force). Today it already has 30 F-35As, operated by two units: the 3 Squadron and the Operational Conversion Unit or 2OCU (Operational Conversion Unit), both based at the Williamtown military airfield (south of the Continent island). In addition, he has three more at the USAF Luke Air Base (Arizona, United States) (United States Air Force), which are expected to move to Australia in 2021.

The IOC is an important milestone, as it recognizes the ability of an air force to conduct type conversion courses for pilots and train maintenance specialists, to be able to develop combat missions or MDF (Mission Data Files) autonomously, and that you have established a sufficiently comprehensive level of supplying parts and support from your industry. The RAAF currently has more than 40 qualified F-35A pilots and 220 specialties trained to maintain this 5th generation fighter plane. The 72 aircraft ordered by the Australian Defense Ministry from Lockheed Martin are expected to be fully delivered and operational by 2023 within three Squadrons. Even the Australian authorities will be analyzing forming a fourth Squadron, which would operate from Amberley base, for which it would be necessary to extend the contract to 100 units.

The aircraft has undergone a detailed verification and validation or V&V process in Australia (Verification and Validation) over the last two years, which has shown that the F-35A can inter-operate with other leading RAAF media such as Boeing E-7A warning and control aircraft. Wedgetail and the KC-30A MRTT (Multi Role Tanker-Transport) from Airbus Defense & Space. In addition, the F-35s have also been tested and qualified to deploy in forward bases in the north of the country, such as Townsville or Tindal, and to integrate and operate in the Australian Ministry of Defense command and control system network. .

Over the past two years, Defense has rigorously tested the F-35A fleet to assess aircraft and system performance, and declares this important milestoneDefense Industry Minister Senator Linda Reynolds said in a statement on Dec. 28 regarding obtaining the IOC.

Currently about 590 F-35s of different models have been delivered to customers on five continents. With the current IOC declaration, the RAAF becomes the ninth system operator to achieve this important status, after successively obtained by the US Marine Corps, USAF, US Navy, United Kingdom, Italy, Israel, Japan, and Norway. (Julio Maz Sanz)

Photograph: One of the F-35As of the RAAF 3 Squadron landing at AFB Luke. (USAF photo).

Copyright © Grupo Edefa SA Total or partial reproduction of this article is prohibited without permission and prior authorization from the publishing company.