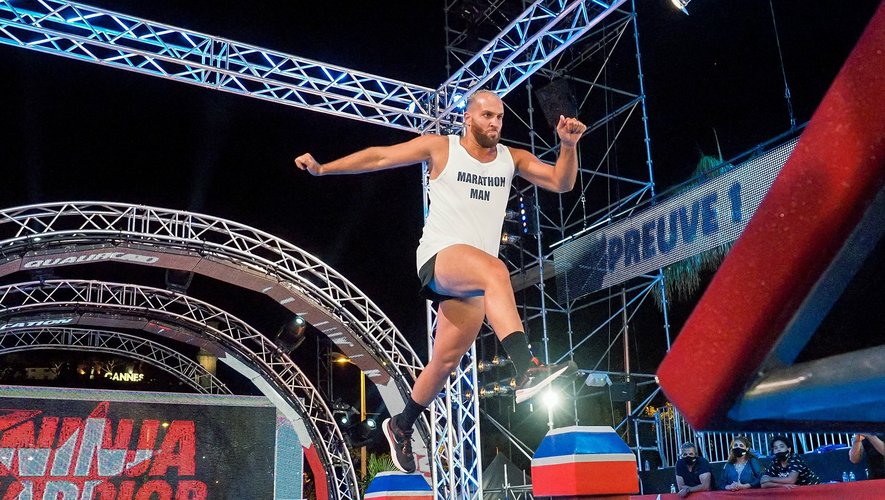 the essential
Elisha Nochomovitz will participate tomorrow Saturday in the 5th season of Ninja Warrior on TF1. This Balmanais is known to have run a 42 km marathon on his balcony of seven meters, that is to say 6,000 back and forth in nearly seven hours.

100 kg of muscle for a rugby player’s build, Balman’s Elisha Nochomovitz will participate on Saturday January 9 in the 5th season of Ninja Warrior on TF1.

This future 33-year-old dad will have to climb the impassable obstacles to ordinary people deployed in the program presented by Denis Brogniart, Christophe Beaugrand and Iris Mittenaere. Spotted during confinement in March, Elisha then ran a 42 km marathon on her seven-meter balcony, or 6,000 round trips in nearly seven hours.

“I wanted to show that we could play sports in all conditions, on a balcony, in a stairwell or in a garden,” he emphasizes. An exploit which quickly made the tour of the planet. “I received thousands of messages of support from all over the world, Alaska, India, South Africa, New York… Some people sent me pictures of them running around their homes. bed ! They told me that we can get out without getting out, ”he says.

For her participation in Ninja Warrior, Elisha has imposed a champion preparation, running relentlessly in the woods and paths of Balma. A frenzied training at the origin of a lumbago which was not enough to discourage him.

“I use the negative that I transform into a positive to strengthen my energy,” he says. In fact, this room manager in a Toulouse restaurant suffered the full brunt of the professional repercussions of the Covid pandemic. Since her boss was unable to cope with the cessation of her activity, Elisha has been unemployed since July.

“I hold a baccalaureate with communication option, he recalls, but I am ready to accept any type of work. Maybe Ninja Warrior will be a spotlight that will help me in my job search. There are undoubtedly employers who dream of having an employee capable of running for seven hours on a balcony! “

In addition to this confined performance, Elisha has already run 36 marathons, including 12 times that of Toulouse, with a record of 3:32 in normal conditions. Also, the Balmanais will be numerous to support him, Saturday from 9:05 pm on TF1.