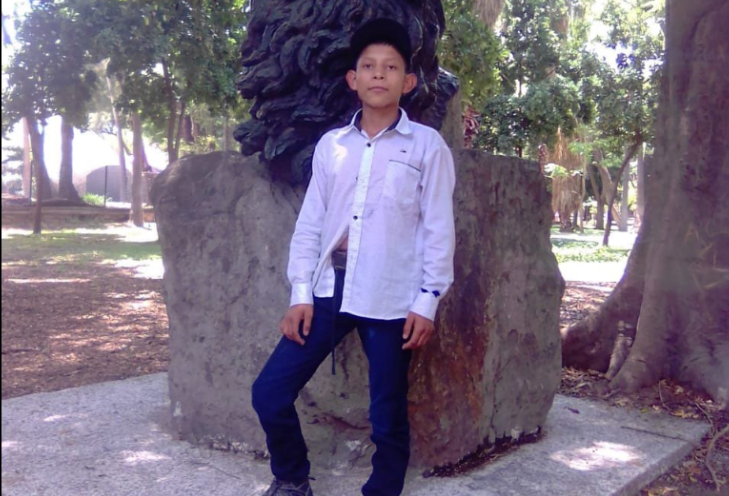 Thousands of Guatemalans, including minors, undertake the journey to reach the United States in search of the so-called American dream, but not all of them make it and each one has a different story.

This time it is the story of a Guatemalan boy who was traveling alone to the United States and was abandoned in the Arizona desert; the minor survived wounded, now he waits for his relatives to reach his destination.

Jeremías Ortiz, the boy’s uncle, reported that the minor Diego Panjoj Morales, 15, left the San Rafael Chichop community located an hour’s drive from Joyabaj, Quiché, with the intention of fleeing poverty 48 days ago.

He stated that the minor is the eldest of five siblings and worked hard to try to support his family, but job opportunities decreased in his community and it was very difficult for him to financially support his relatives.

His situation forced him to contact his aunt who lives in New York and she helped him pay for the illegal trip to the United States.

According to Ortiz, his nephew with a group of 75 people entered the Arizona desert in the United States, but they were discovered by the Border Patrol and the group was divided.

How the situation got worse

He is aware that Diego Panjoj ran, but a Border Patrol dog caught up with him and hurt him in the back, then the minor fled accompanied by a group of undocumented immigrants.

Due to the lack of water to drink, the migrant became dehydrated and passed out, a woman believed he was dead so she took a picture of him and published that he had died. His relatives identified him and it was a sad situation, especially for his mother.

The boy was alone for two days in the desert, as he mentioned to his relatives.

He narrated that he dreamed that one of his aunts told him to get up and he did so, then it rained in the place where he was in the desert and that refreshed him.

To read more: Mexican authorities provide details of the rescue of 251 migrants, including dozens of Guatemalans, who were on two buses

Hours later he was found by a man who took him to a hospital and later to his home, from where he phoned his family telling them that he was alive.

The guy who helped him refused to turn him over to Border Patrol and contacted his relatives in the United States and handed over the teenager.

Diego’s mother is waiting for relatives in the United States to confirm that she is already with them, Jeremías Ortiz pointed out.