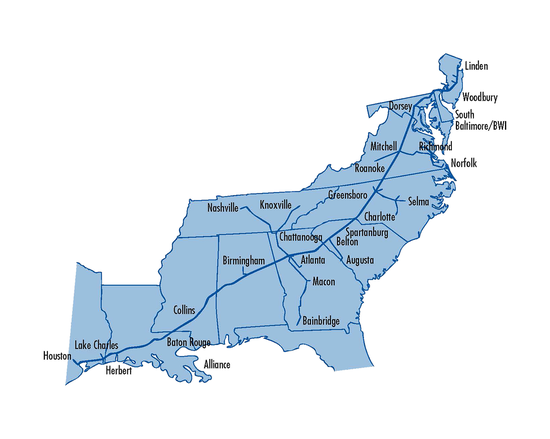 Original title: The Colonial Pipeline, which was blackmailed by hackers two weeks ago, had network problems. The cargo owner was affected by the oil. Source: Sina Finance

Colonial Pipeline, the largest fuel pipeline network operator in the United States, which was hacked two weeks ago and is still working to restore service, encountered network problems again, preventing customers from using its system to transport fuel.The cargo owner, who did not want to disclose his identity, revealed that the system used to reserve pipeline space, change batches, and receive fuel delivery information was no longer accessible on Tuesday morning. However, they said that despite the breakdown of the communication system, the pipeline appears to be still operating.

Colonial said in a later notice to the shipper that it is “currently experiencing network problems that affect customer input and update application functions”, and it is working hard to restore services. Shippers of the Colonial pipeline network use a third-party communication system called Transport 4 to access the company’s network to ensure timely receipt and transportation of various grades of fuel.

The Colonial pipeline network, which can transport about 2.5 million barrels of gasoline and diesel oil products every day, was shut down due to a ransomware attack, and then resumed service on May 12. When the pipeline network was closed, a dozen states along the eastern coast of the United States experienced panic buying, leading to an oil shortage at gas stations. The gas station from Alabama to Washington, DC is still being restored, and trucks are working overtime to transport gasoline from pipelines to retail locations.

The White House has not yet commented, and the U.S. Department of Energy, Transportation Security Administration and the Federal Energy Regulatory Commission also did not comment.