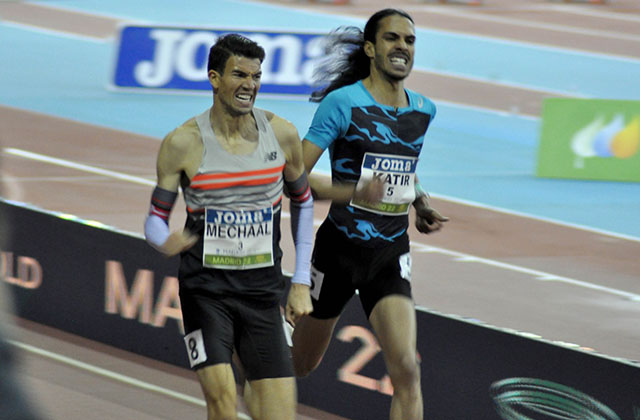 The Nerja Spanish Championship, which takes place from June 24 to 26 in the town of Malaga, has many ingredients to be a very good show. The women’s 1,500, the men’s 800, the contests, the speed. And one of the main attractions will undoubtedly be the duel between two of the names of Spanish athletics, Adel Mechaal y Mohamed Katir. The one from Palamós and the one from Mula. Two of the best middle-distance runners on the international scene who will face each other not in one test, but in two. At least that is what the RFEA ensures in its championship preview. If nothing goes wrong, we will see a Mechaal-Katir at 1,500 and at 5,000. Fasten seat belts.

One of the best 1,500 that is remembered

Starting with the ‘milqui’, the cast of athletes who will be on the starting list is one of the best in recent times. And it is that an avalanche of Spaniards has managed to lower in this open air that psychological barrier of 3.40. Mechaal and Katir faced each other in the Birmingham meeting in this same distance. A spectacular duel that ended with the Murcian second with a mark of 3.35.62 behind Abel Kipsanga and with Mechaal sixth just three tenths behind with 3.35.93.

That bodes well for a spectacular duel. But if we take a look at the starting list, we have Gonzalo García with 3.35.92 SB, Mario García Romo, who has just signed his first professional contract, with 3.36.08 SB, Ignacio Fontes with 3.37.20 …

At 5,000, another high-level duel is coming. And it is that Mechaal comes from showing that he has a lot to say in the distance. The man from Palamós, who is training in Turkey, has just done PB in Oslo on 06.13.02 and is looking for his third national title after those of 2015 and 2017. Katir has not been released this season in the distance, but it has a PB of 12.50.79 and is the national record holder. But watch out for an Ouassim Oumaiz who has returned in style and who has done 06.13.74, minimum European and World Cup. And Abdessamad Oukhelfen, European minimum with 13.22.12.