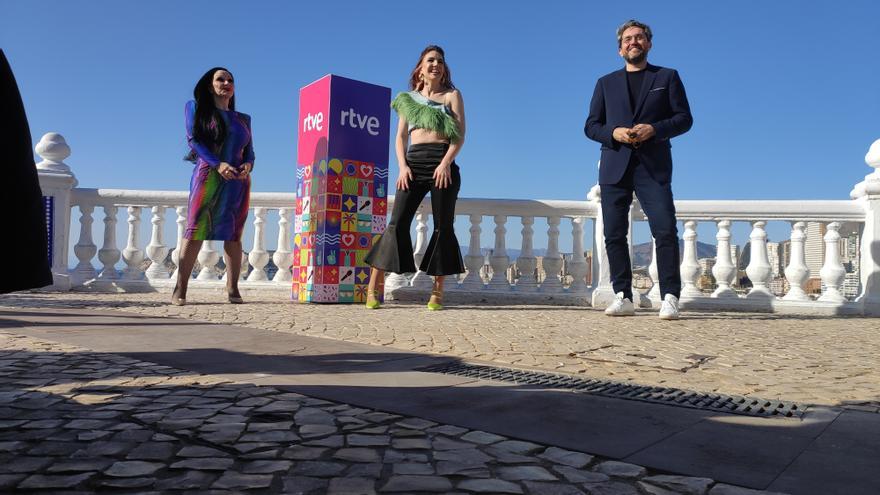 The presenters of the Benidorm Fest, Alaska, Inés Hernand and Màxim Huerta, have kicked off the first day of the contest from the town’s beach, which will host the contest until Sunday, from where it will start the next representative of Spain in Eurovision.

The three have starred in a press conference prior to the first semifinal. Although the participation of some of the semifinalists was expected, the event has decided to do without their presence in order to exercise extreme caution in the face of the possibility of infections that disrupt the final galawhich will be held on Saturday.

“I feel at home,” said Huerta, since he has traditionally spent the summer in the Alicante town. “The embassy of Europe is Benidorm. A star will come from here,” he added.

“It is one of the cities that I have decided to adopt. Sometimes an affiliation with the place, but in my case I have decided that Benidorm is mine. It is a unique city that Europe understands very well. I found it very pertinent that the starting point of our representative is Benidorm. Hopefully this event will be a festival in itself”, explained Alaska.

“The diversity is such that each presenter has several favorites. All the artists have a very high level, they want to offer a good television show. They all come in style,” he confessed.

“You don’t have to be afraid of Eurovision”

“The nice thing about this festival is that people starting their career continue to come and sing along with people who are established in the sector. You don’t have to be afraid of Eurovision.”

See Also:  "I have always been modern"

“I don’t like the derogatory tone that people have towards the ‘eurofan’ paraula. Just as ‘berlanguiano’ has entered, words like ‘eurovisiva’ would have to enter the RAE,” Huerta claimed.

Today the first gala of the Benidorm Fest will take place. Six artists will perform in this first semi-final and will qualify four. Together with Tanxugueiras, the best positioned tonight are the boy band Unique with Top. Two female voices are also in contention: in the ballad, Blanca Paloma; and in the Afro-American-style pop, Chanel, with SloMo. The staging that each applicant has chosen will be essential for a turnaround in the forecasts.

There will be two special performances tonight, the of Salvador Sobral, winner of Eurovision in 2017, and the band Marlon.