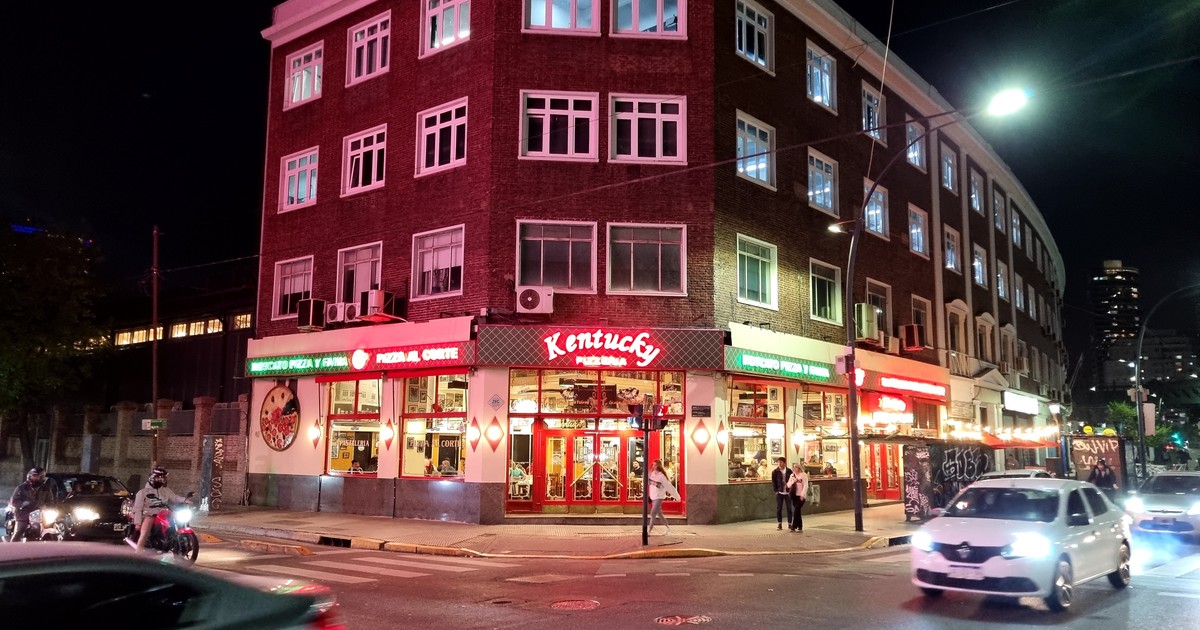 It went from being a cult and bohemian stronghold to a chain in constant expansion. The story of a Buenos Aires icon.

Those were the times when Corrientes was already wide and boasted some of the pizzerias that made overflowing mozzarella and consumption on the go the genotype of our Buenos Aires pizza. out of circuit, at the corner of Santa Fe and Godoy Cruz in the Palermo neighborhoodopened its doors Kentucky predestined to become a bohemian stronghold but also a brand in constant expansion.

60 branches in the City, as many in Greater Buenos Aires, one in Tucumán, three in Uruguay and the project to continue growing in the interior of Argentina and neighboring countries. strategies of marketing, franchise systems, strident advertising campaigns.

The present of the Kentucky pizzerias was unexpected for the friends who in 1942 they opened the doors of that place for the first time with a “burrera” cabal that perhaps has announced its validity and profitable metamorphosis over time.

The Kentucky locale of Godoy Cruz and Santa Fe in 1948.

The history of Kentucky: from football and “burros” to pizza

The three founding friends had been soccer players for the San Lorenzo club and also shared a passion for horse racing. It was exactly a victory on the slopes of Palermo which allowed them to open this place that they baptized Kentucky after the name of the cup with which they had risen at the racetrack.

The location was strategic: the constant transfer of passengers who went for their slice of pan pizza on the go with a glass of Moscato or wine streamlined business. Tangueros like Julio Sosa’s close friend, Alberto Podestá, who would get together to play at the venue before going to the milonga, gave him part of his mystique.

See Also:  NCAA: Kentucky has its worst start to the season in 20 years! | NBA

A few decades later rock would also adopt it: the musicians from the neighboring Salón Pueyrredón, among many others, used to stop there. Even in the early 2000s, the indie band Los Alamos dedicated a song to him: Pacific Kentucky. It is that this pizzeria had an affinity with the bohemian life for a particularity that it still maintains today: On weekends it is open all morning.

Victor Hugo Sánchez, pizza master who has been working in Kentucky for 41 years.

Like many iconic restaurants, bars or pizzas, even today it has characters that are part of the legend. It is the case of Victor Hugo Sánchez, master pizza chef who has been working in this place for 41 years and watched him transform.

He started doing odd jobs when the founders sold the goodwill “to some Galicians who bet on making a very classic pizzeria where what came out the most was the classic mozzarella, the ham and peppers and the fugazzeta”, he remembers.

The reconversion of the brand into a chain with a renewed aesthetic that today seems omnipresent in every corner of Buenos Aires has to do with an initiative of the current owners, the Gastronomic Development group, also owner of Dandy and Sbarro.

“What we did was bring the Kentucky concept to every neighborhood. That you can order a slice of pizza to the mold with fainá anywhere in the city. And that it continues to be artisanal, that in Villa Urquiza or Tucumán that pizza is the same”, says Pablo Bianchi, director of the firm.

The brand update includes the incorporation of vegetarian and vegan formulas or products such as the Italian stromboli that the purists of the muscat, pizza and fainá in places of worship do not approve. In the meantime, the cabal of founders seems to keep going: Kentucky keeps opening stores and it hopes to reach 120 branches in three years.