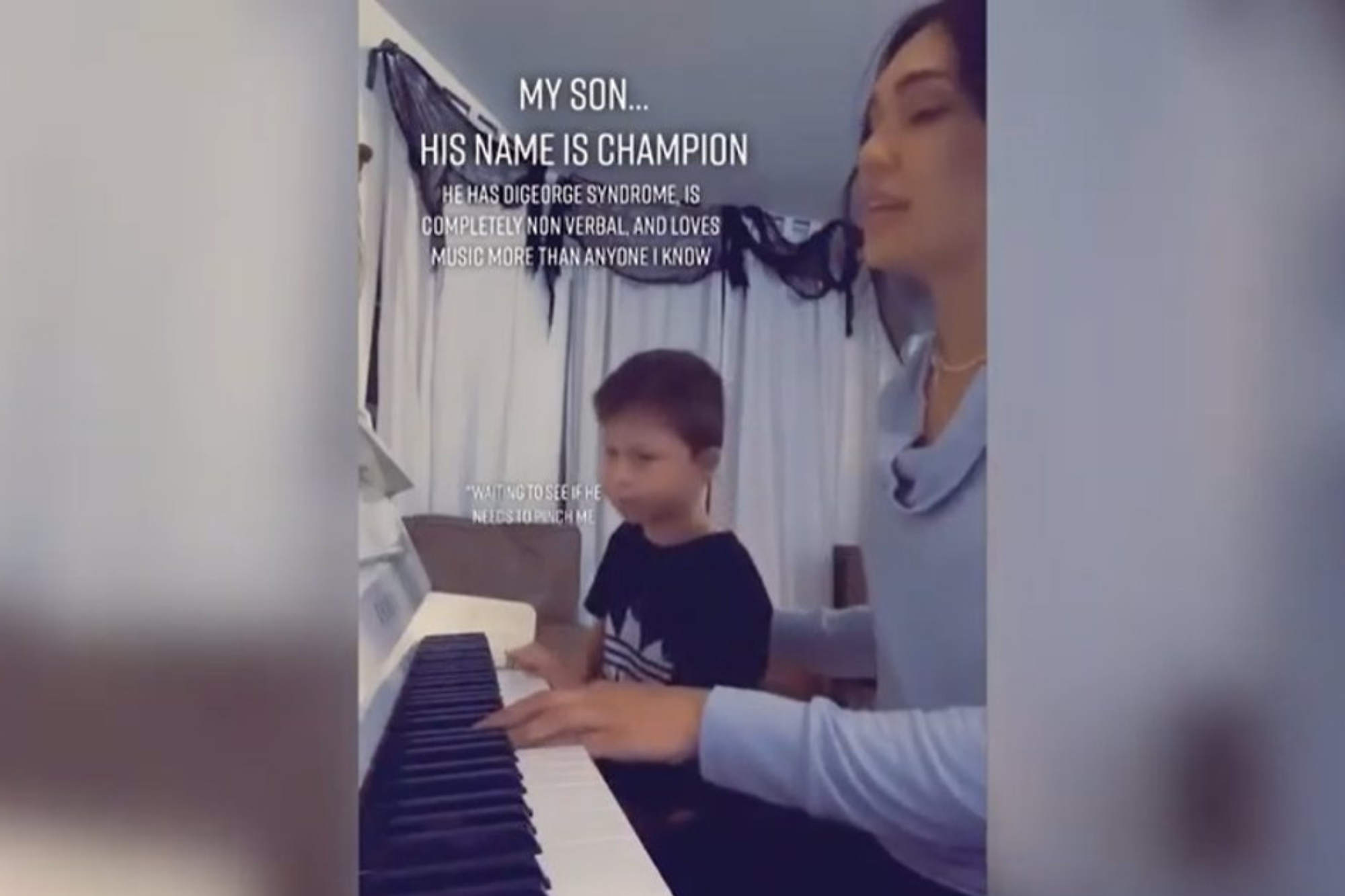 Under the pseudonym of @therealmorgancasey, Morgan Casey, a talented artist from Arizona, United States, uses social networks to publicize her work and share part of her private life.

In one of the last videos he uploaded to TikTok, Morgan shared a special moment with his son Champion at the piano, which went viral with almost half a million views.

In the video, Morgan is sitting in front of the piano, singing, while her son accompanies her.

Seven-year-old Champion is diagnosed with DiGeorge Syndrome, a disorder that mainly affects your development and your heart. The little one does not speak, but his mother Morgan Casey, 34, assured that her son makes himself understood when he wants her to play the piano for him.

Morgan said he does it several times a day, during which Champion screams with excitement, rocks back and forth, and pinches his hands open and closed, which is his way of clapping.