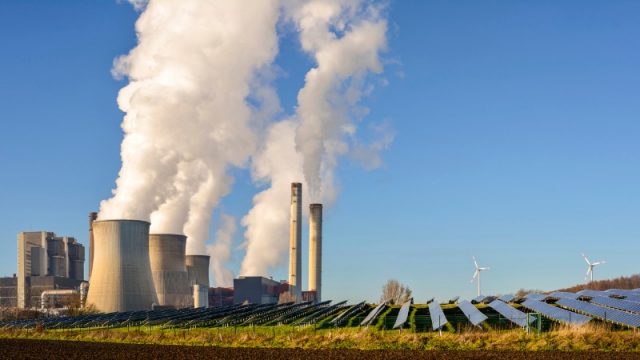 In a guest article, Fritz Vahrenholt talks about the energy transition and the three major German taboo laws of the federal government.

Before we talk about the taboo law and the crisis of the energy transition, let’s take a look at the temperature development, which is a trigger for the federal government’s climate strategy. The deviation of the global temperature from the 30-year mean of the satellite-based measurements of the University of Alabama (UAH) fell again in June 2022 compared to May from 0.17 degrees to 0.06 degrees Celsius. The temperature has been rising by an average of 0.13 degrees Celsius per decade for the past 40 years. That’s no reason to stick to German streets.

And for those who attribute our summer warmth to anthropogenic climate change, June 2022 was the coolest June in the tropics in 22 years. And the temperatures in the mid-Atlantic are now 0.2 degrees Celsius below the average of the past 30 years. This may indicate the end of the 30-year warm phase of the Atlantic.

We must overcome political taboos

The energy price crisis began in mid-2021 as a result of energy policy decisions in Europe and Germany. The waiver of 20,000 MW coal-fired power plants in Europe, the phase-out of nuclear energy in Germany, the increase in CO₂ prices to €90/t CO₂ wanted by the EU Commission (which doubled the gas electricity price and tripled the lignite electricity price) met with increased demand after the pandemic. In addition, in many countries (USA, England, Germany) the designation of new production areas for oil and gas was prohibited. Russia’s war in Ukraine has aggravated the situation since February 2022.

Are the political answers sufficient? The consolation of imports of liquid gas, the expansion of wind and solar energy, the temporary waiver of the phase-out of the coal-fired power plants due to be shut down this year? The reference to a shorter shower? The federal government does not take up the three major German taboos that got us into this situation. We look at them.

Domestic gas production instead of 100% LNG

In order to replace the pipeline gas from Russia, the federal government is planning to build LNG terminals on the North Sea coast. In particular, the natural gas from the USA, which is obtained by fracking, is to be imported. Valuable time has been wasted for the past six months, in which the federal government has not wasted any thought on having its own large gas deposits tapped.

“As long as we need natural gas in Germany, it’s – to put it mildly – a prank that we don’t produce it here,” said Hans-Joachim Kümpel, former President of the Federal Institute for Geosciences and Natural Resources. the world on Sunday. Up to 2.3 trillion cubic meters of accessible natural gas lie beneath Germany in the shale rock. The amount would be enough to supply the country with natural gas for decades. Within a year Germany could start producing shale gas, said Mohammed Amrowho deals with geoflow technology at the Bergakademie Freiberg.

See Also:  Controversy instead of concreteness - missed opportunities for climate communication in Australia

Fracking has been used in Germany since the early 1960s – mainly to extract natural gas from very dense sandstone (tight gas). Since then, more than 320 fracking measures have been carried out, resulting in environmental damage are not known. About a third of the natural gas produced in Germany comes from wells stimulated with fracking. Now the focus is on extracting the gas from the 1,000 meter deep shale rock. This is far below the groundwater level, which in Germany is between 50 and 200 meters deep.

The FDP would probably be willing to repeal this taboo law. But the Green Ministers Steffi Lemke and Robert Habeck have been resisting this approach for six months. Habeck: “I don’t think that’s the way we should go and that won’t help us”. The raw materials expert Kümpel called this position irresponsible. Irresponsible is to put it mildly in view of Germany’s imminent loss of prosperity. It is a breach of the oath of office and thus a breach of the constitution “to avert damage to the German people” (Art. 64 in connection with Art.56).

Instead, the economics minister is relying on fracking gas from the USA, among other things. US President Biden had pledged to supply 50 billion cubic meters of gas by 2030. This corresponds to about a third of Russian exports to Europe. This pledge comes from the same president who stopped all fracking projects on public property during his first days in office. Serious gas analysts say therefore predict a gas crisis in the USA for the next few years. The reason is the existing fracking fields, which will run out in the next five years. New fields are not approved at this time. The following graphic illustrates the location of the shale gas in the North German Plain from Lower Saxony to Brandenburg:

CO2-free coal power instead of coal from Colombia

Chancellor Scholz has in April 2022 phoned Colombian President Iván Duque. He is pushing for an expansion of the El Cerrejon coal mine, one of the largest but also most controversial coal mines in the world. The Presidential Office in Colombia let inform: “We talked about the current crisis situation regarding the energy supply in Europe. It is therefore possible that at a time when countries like Germany need to strengthen their energy security, we may increase Colombian coal exports so that they can face energy shortages.” Unfortunately, as of August 7, Duque is no longer in office, as he will be replaced by left-leaning Gustavo Petro, who narrowly won the June 19 election.

The new government takes a critical view of the coal mine. Olaf Scholz would have done better to call Saxony or Lusatia. There is also an open-cast mine with exemplary environmental standards – without starving children. But this own, competitive and environmentally friendly funding was no longer wanted in the coal phase-out law. In addition, the coalition agreement had “ideally” announced the closure as early as 2030. However, if the associated coal-fired power plants were provided with CO₂ capture, all possible CO₂ and climate pollution would have been ruled out.

That brings us to the second taboo law

The second taboo law is the ban on CCS. CCS (Carbon Capture and Storage) means the capture of CO₂ from coal-fired power plants and the injection into deep layers far below the groundwater. The ban has been in place since 2012. Pilot projects were allowed, but all northern German states have made use of the clause to exclude such research projects themselves.

One of the main initiators of the taboo law at the time was the state chairman of the Greens in Schleswig-Holstein, Robert Habeck, who launched the initiative against a CO₂ repository with the words supported: “Schleswig-Holstein is the state of renewable energies and not a dump for CO₂”. He managed to get the CDU state government at the time to submit a corresponding application to the Bundesrat. This later became law. The pilot plant built in Schwarze Pumpe was dismantled and sold to Canada.

It is not to be expected that Robert Habeck will pave the way for environmentally friendly use of coal. Going down this route would make a good case for requiring China to use this technique, as the country will continue to use its vast coal reserves. But we only want to save the German sky.

Without extending the term into the winter chaos

The forced expansion of wind power and solar energy (which, by the way, also only produces electricity) doesn’t help either. In order to mathematically replace the amount of electricity from the three nuclear power plants in operation, two thirds of the 2.2 million existing solar systems are required. In other words: To replace this amount, we need five to ten years to replace the resulting gap of around 35 terawatt hours of electricity with new PV systems. And then we would still have no electricity at night.

Evonik’s CEO, Christian Kullmann, vividly described the extent of the gas crisis. Imagine a gas train starting in Seville, Spain, and ending in Frankfurt, one car at a time the whole way. And he asks how long the German chemical industry could get by with this gas. Mind you, only the chemical industry. Answer: six hours. It’s about 5.6 million jobsaffected by the natural gas shortage. It’s not about shorter showers.

Prof. Dr. Fritz Vahrenholt is a PhD chemist, SPD politician, manager, scientist and author. Since 1976 he has worked, among other things, in the Federal Environment Agency, as a state councilor at the environmental authority and as an environmental senator in Hamburg. He was the board member responsible for renewable energies at Deutsche Shell AG and the founder and board member of the wind turbine manufacturer REpower Systems.

Since 1999 he has been an honorary professor in the chemistry department at the University of Hamburg. His bestseller Seveso is Everywhere (1978) was one of the most influential books in the early years of the environmental movement. His bestseller “Unwanted Truths” was published in 2020, followed in 2021 by “Incontestable – The Federal Constitutional Court’s decision on climate protection in a fact check”. www.vahrenholt.net

This article exclusively represents the opinion of the author. It does not necessarily have to reflect the view of the Epoch Times Germany.