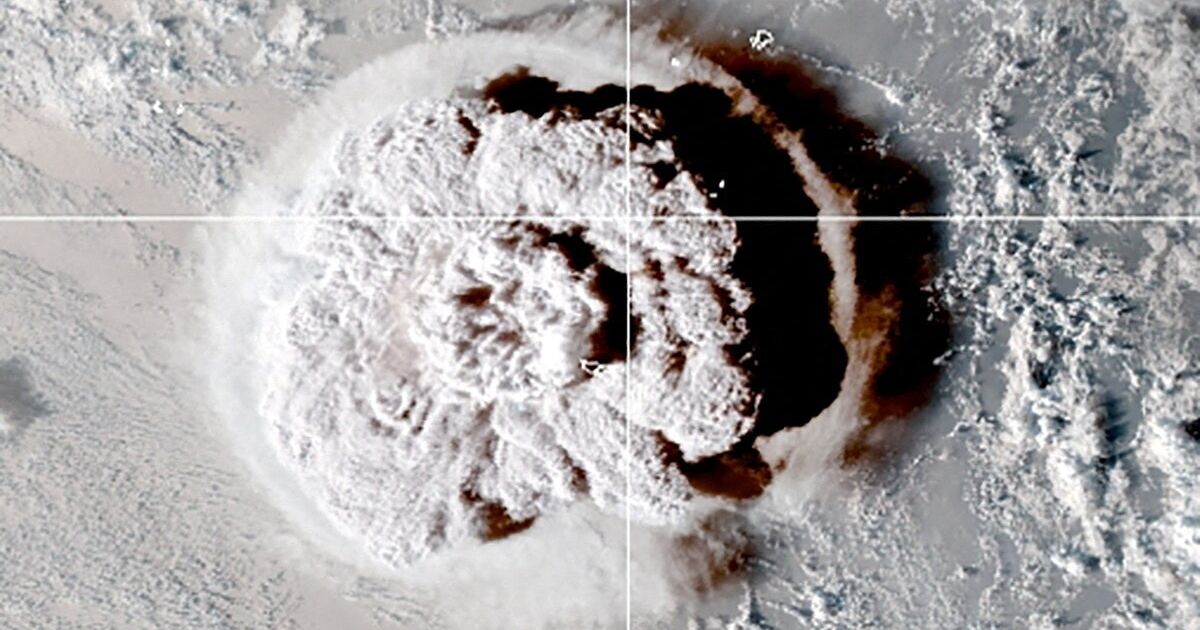 Satellite image of the Tonga volcanic eruption that occurred on January 15, 2022

SCIENCE – We already knew that it was the most powerful explosive eruption of the 21st century. We now know that it had consequences even in space. On January 15, Tonga was hit by a volcanic eruption so powerful that it was heard as far away as Alaska and caused a tsunami that flooded the coasts of the country’s islands. A huge mushroom of smoke and ash 30 km high escaped from the volcano, covering the archipelago. But the effects of the eruption didn’t stop there, as researchers from the Nasa discovered that its power was felt even in space.

Data collected by the ICON mission satellite and the European Space Agency (ESA) SWARM satellite show that within hours of the volcanic eruption, hurricane-force winds and unusual electrical currents were observed. in the ionosphere, a layer of our atmosphere located between 60 and 1000 km altitude. “The volcano created one of the biggest disturbances we’ve seen in space in the modern era,” said Brian Harding, a physicist at the University of California at Berkeley and lead author of thestudy on the subject.

Indeed, when the volcano erupted, it caused significant pressure disturbances in the atmosphere and strong winds formed. Their intensity increased as they gained altitude, and when the ICON mission passed over South America, the satellite recorded winds of over 720 km/h in the ionosphere. . A record, since these are the strongest winds recorded by the mission above 200 km altitude.

The ionosphere in all its states

The strong winds also disrupted the electrical currents present in the ionosphere. Particles in the ionosphere regularly form an eastward electric current, called the equatorial electrojet, driven by winds from the lower atmosphere. After the eruption, the power of the equatorial electrojet increased fivefold from its normal maximum output, and the electric current made a 180 degree turn, flowing west for a short time.

“It’s very surprising to see that the electrojet is largely reversed by something that happened on the Earth’s surface,” said Joanne Wu, a physicist at the University of California, Berkeley and co-author of the paper. ‘study. “This is something we’ve only seen before with strong geomagnetic storms.”

The study published in Geophysical Research Letters therefore confirms that the ionosphere can be affected by phenomena that occur on Earth as well as in space.

See also on The HuffPost: Images of the Tonga Islands before and after the volcano eruption