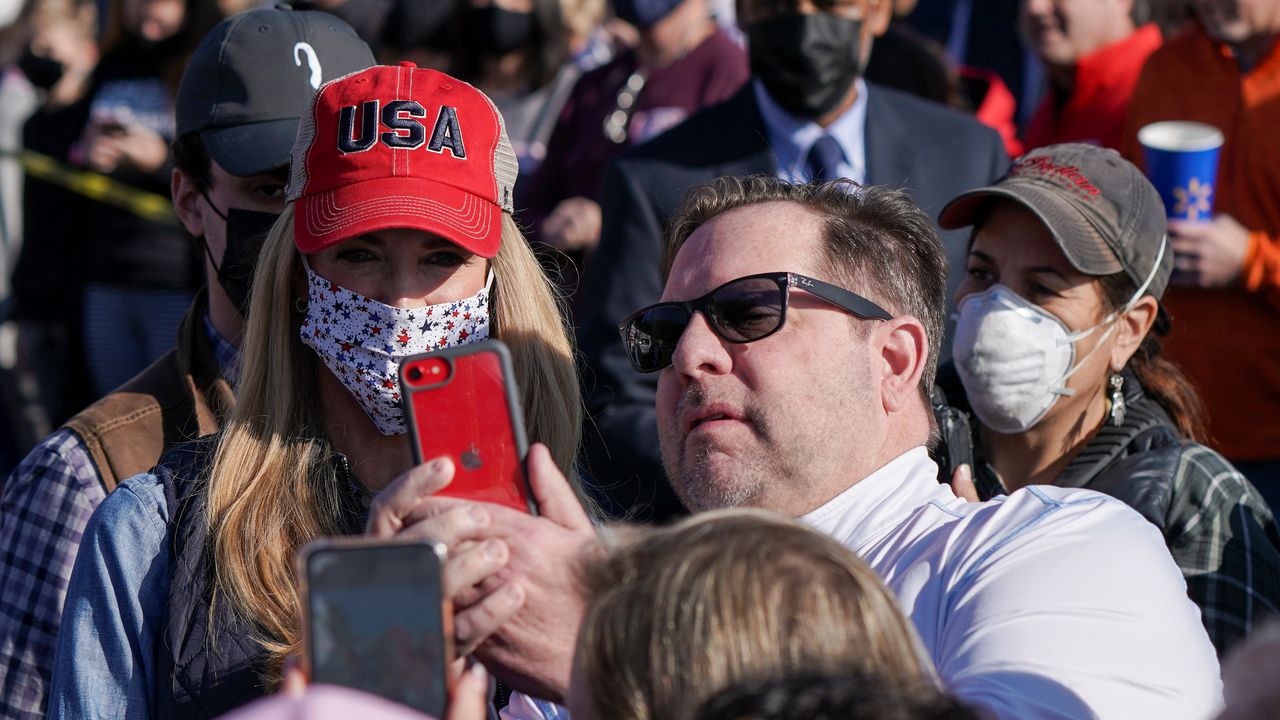 The voice of Galicia

The electoral battle is not over in the US Control of the Senate is decided by Georgia in the second-round elections with the largest participation in the history of the southern state. The campaign for this second round in the southern state, which will determine the two seats in the upper house that could certify the loss of the majority of the Republican Party, has not lacked intensity in its last weekend. Eight weeks after Biden’s rocky victory by less than 12,000 votes, no one is calm about what will happen tomorrow.

The Democrats need to seize both seats to tie (50-50) with the Republicans and Biden to give a boost to the nominations of Jon Ossof and Raphael Warnock tomorrow. The tiebreaker vote of the future vice president, Kamala Harris, would wrest control of the Senate from the Republicans, thus guaranteeing the processing of the legislative agenda from Joe Biden.

The key to Democratic victory in this intricate election rests once again with Stacey Abrams, the architect of Biden’s victory in Georgia, the woman at the helm of the only organization capable of combating the difficult access to the vote always advocated by the Republicans. The pressure to repeat the November pattern tightens. And the prestigious lawyer and her organization Fair Fight are the heart and engine of this contest, providing a strategic base, a nimble legal muscle and unique ties with the different communities. With a ubiquitous presence on multiple fronts, Abrams tries to take advantage of the renewed popularity that lately falls to his political figure to maintain the intensity of the presidential elections by maximizing his visibility in the media and in the campaign.

They have been weeks of mobilization of the vote, of rapid legal response to Trump’s attempts to overturn the Democratic presidential victory in a state that has certified Biden’s victory three times. Oversight to judicially block the Georgia government’s vote override attempts, in addition to fundraising events.

Last week, a federal judge reversed the attempt by Republicans to remove more than 4,000 voters from the rolls, and in recent days sudden closures of voting centers in high-minority districts have been challenged in court in recent days.

These practices are so institutionalized in southern states that Abrams pointed out that Republicans are so reliant on them that they can’t win without vote suppression. Stacey Abrams, who lost her gubernatorial election in 2018 by a slim margin in an election plagued by purges of voters – mostly black – and school closings and incidents, is probably the person who knows the most about suppression and voting. who else has litigated for him. Abrams contested the results and never conceded defeat to then-Georgia Secretary of State, Republican Brian Kemp, in charge of overseeing his own election. The lawyer found herself in the need to reinvent herself.

The former state legislator has a curriculum of excellence that includes a law degree from Yale, co-founder of a financial services firm and ten years in the Georgia House of Representatives, six as a leader of the Democratic minority. But what few know is that she is the author of eight romance novels written under the pseudonym Selena Montgomery for fear that they would not be sold.

Republicans, who only need to win one of the seats at stake in Georgia to retain control of the Senate, are hoping for re-election of Senator Kelly Loeffler, who is competing against the Rev. Raphael Warnock, while Conservative Senator David Perdue is out of the running. I play in the final stretch of the campaign by having to serve quarantine for having been in contact with a positive in covid-19.

Learn about our entire newsletter offer

We have created a selection of content for you so that you can comfortably receive it in your email. Discover our new service.