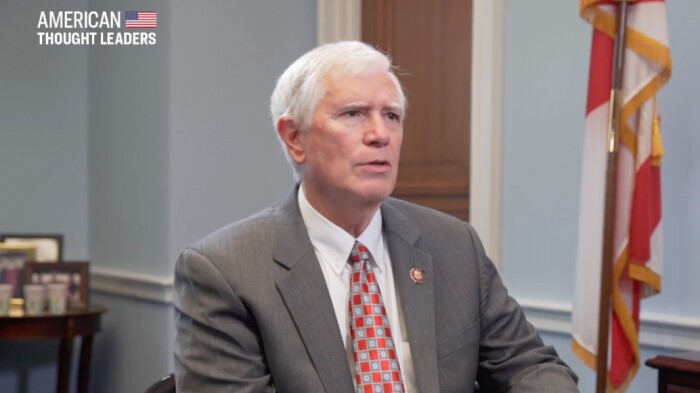 He said in a tweet that many members of the House have opposed the results of the Electoral Colleges in Arizona, Georgia, Michigan, Nevada, Pennsylvania and Wisconsin. In the Senate, Holly challenged Pennsylvania, Cruz challenged Arizona, and Lovell challenged Georgia. The other three states need senators to challenge.

According to regulations, in the joint meeting of the Senate and the House of Representatives on January 6, the challenge for each state must be raised by at least one senator and one member of the House of Representatives in order to trigger a two-hour review of the election results of the state by the two houses Debate and vote afterwards. If there is no senator to join, then the challenge to Michigan, Wisconsin and Nevada will not start.

Brooks also left a message on Twitter on the 5th: “I don’t have enough confidence in Republican senators. Now is the time to call on the senators to stand up on January 6, demand an honest and accurate election, and support Republican congressmen. “

According to reports, Brooks signed a written statement on the 4th, opposing the results of the electoral colleges in the six swing states of Pennsylvania, Michigan, Georgia, Wisconsin, Nevada, and Arizona. President Trump and his legal team condemned the occurrence of serious fraud and illegality in the 2020 elections in these six states, and the loose mail ballot election regulations introduced by these states also violated the constitutions of the United States and the state.

Thirty-six members of the House of Representatives have announced that they support the Brooks challenge, and House Minority Leader Kevin McCarthy said he also supports this challenge.

The report said that Senate Majority Leader Mitch McConnell also stated that he would not have any opinion on senators because they challenged the election results.

Texas Senator Cruz has led 12 senators to say that they are opposed to certifying Biden’s electoral votes in the general election on the 6th and called for the formation of a 10-day emergency committee to audit the election results. The other 15 Republican senators have not yet expressed their views on how they will vote on the 6th.

Representatives of Oklahoma will challenge the election: the left will weaponize mailed votes

Many MPs want to challenge the Biden Electoral College team: follow the form