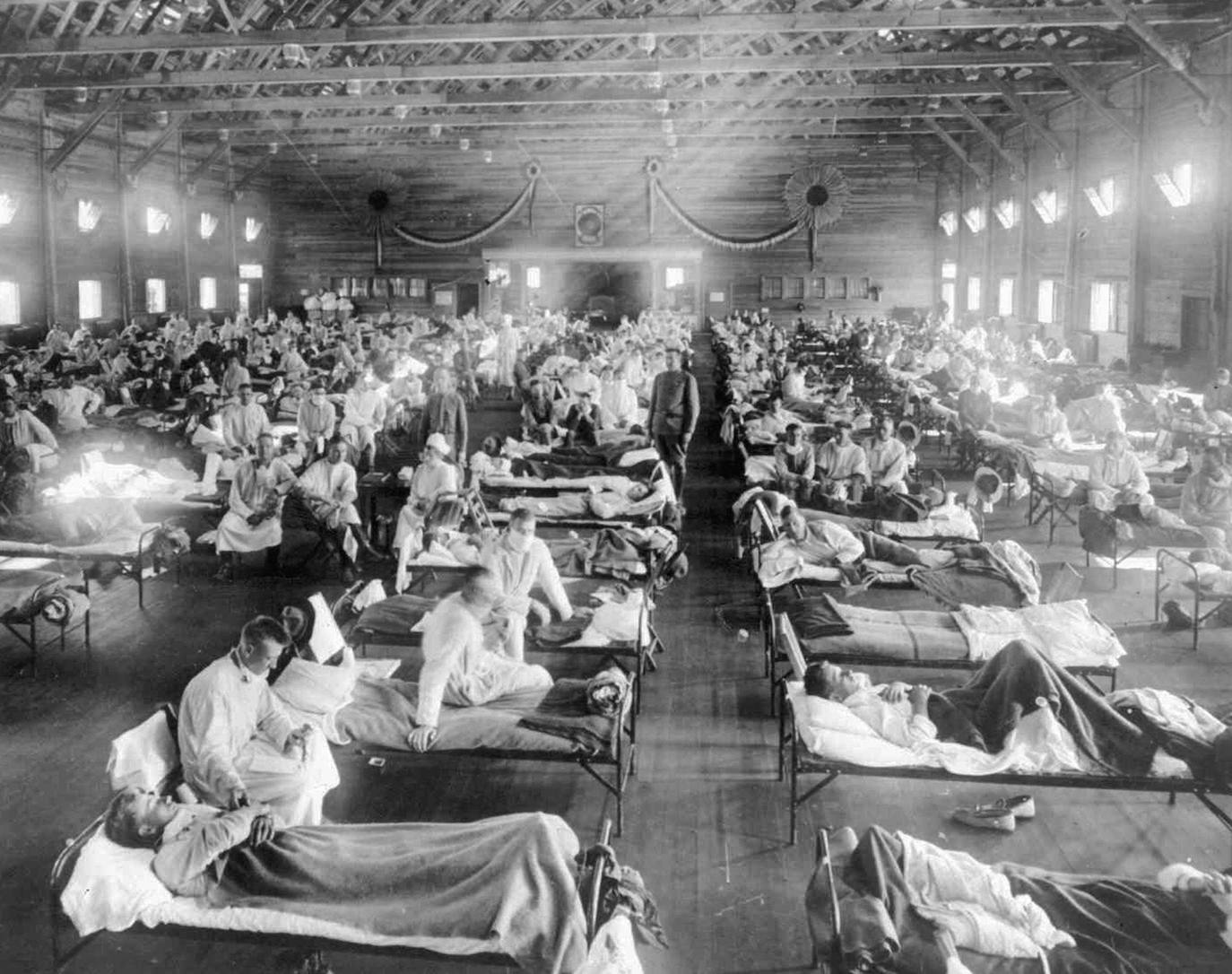 Photos of field hospitals with tidy beds and doctors and nurses “assiduously” tending to sick soldiers were pure propaganda, according to historian Anton Erkoreka. The reality was much crueler. / Otis Historical Archives

The flu virus in circulation since 2009, the famous H1N1, is an heir strain to the one that caused the 1918 pandemic, the last one that hit the world until the arrival of the Wuhan coronavirus. Says an exhaustive study published in ‘Nature Communications’, which has been released this afternoon. Since 2005 there has been a well-founded suspicion that the health crisis of a century ago was triggered by this type of flu. Now it is confirmed by the genomic analysis of several samples collected in Europe during those years and preserved in medical museums and research centers.

“The finding ends up confirming what was already suspected and, above all, it highlights the importance of the conservation of biological remains”, highlighted the director of the Basque Museum of the History of Medicine, Anton Erkoreka, author among other works from the book ‘The Spanish flu pandemic in the Basque Country (1918-1919)’. As the expert recalls, the discovery in Alaska of a mass grave with some 80 corpses of Eskimos killed by the 1918 flu made it possible to identify the presence of H1N1 remains in their bodies last decade.

See Also:  4 lucky days: at the end of June, 3 signs of the zodiac will have incredible luck

It remained to be known whether it was a single flu virus, albeit with small variants, or whether there were several that caused more than 50 million deaths between 1918 and 1920. The most terrifying calculations even speak of 100. The answer is yes, it was only one , H1N1, and it has been given by a powerful research team that includes some of the world’s leading experts in the study of influenza, such as Sebastién Calvignac-Spencer and Jeffery K. Taubenberger.

The group analyzed 13 lung samples from different patients, which were stored in historical archives in Germany and Austria. They had been collected between 1901 and 1931 and, among them, six from 1918 and 1919 were included. With them they were able to sequence two other partial genomes located in Berlin and a third, complete, collected in Munich in 1918.

From their analysis, the study authors conclude that the analyzed remains are “consistent with a combination of local transmission and long-distance dispersal events.” The analysis of samples prior to the great pandemic of those years makes it possible to explain how this new virus, H1N1, adapted to humans. Perhaps the most novel thing about the report, however, is, as the researchers point out, how the different forms of flu that spread started from an initial strain of 1918.

This new hypothesis contradicts the current idea until now, which suggested that different seasonal viruses appeared by rearrangement. That is, by exchanging genome segments from different viruses. From what is known from the new investigations, the process turned out to be practically traced to the one that has been experienced with the pandemic coronavirus. It left the Chinese city of Wuhan two years ago and then transformed into new forms of SARS-CoV-2, which caused the different waves.

The ‘great flu’ of the last century was much the same. It started timidly in Spain during the spring of 1918 and in the fall it became a new and terribly virulent form in the rest of Europe. Viruses, as a rule, are attenuated, but sometimes they suddenly become violent. “Pandemics are not predictable,” summarizes the director of the Basque Museum of the History of Medicine. “The covid -alert- is gaining strength again.” “Young people with very weak symptoms are becoming infected, but there are also segments of the 80-year-old population who are entering resuscitation units (ICU) and dying,” warns Anton Erkoreka.