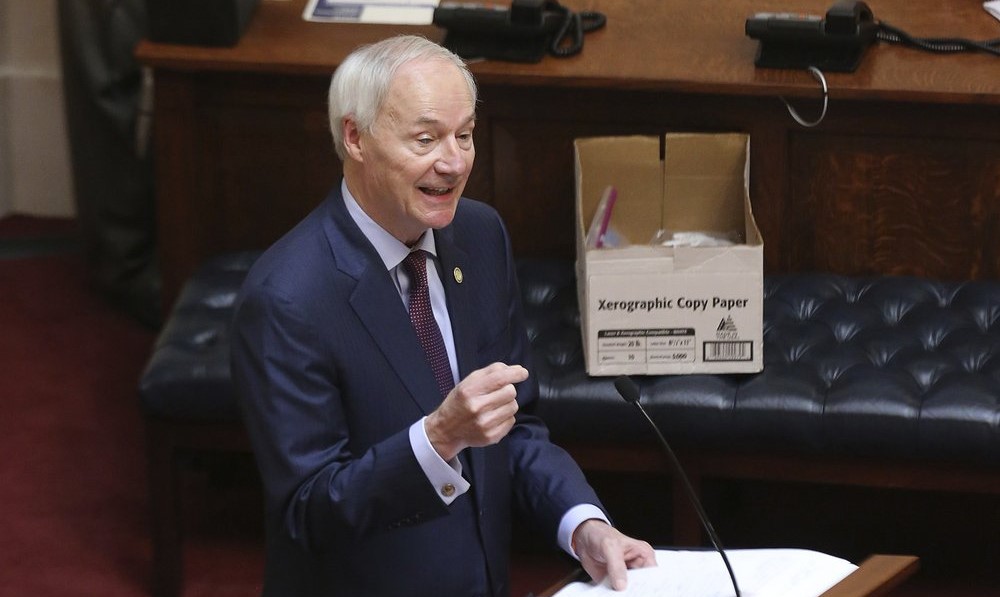 [Voice of Hope April 10, 2021](Comprehensive report by our reporter Li Lin)Arkansas Governor Asa Hutchinson recently vetoed an anti-minor transgender bill passed by the state legislature. However, the Arkansas House of Representatives and Senate soon voted again, overturning the governor’s veto, and the bill was successfully passed. Former U.S. President Trump (Trump) stated that Hutchinson’s (political career) has come to the “end” and “goodbye Asa” in his statement on Hutchinson’s veto.

Sanders is the former Arkansas Governor Michael Huckabee (Michael Huckabee)’S daughter, who served as Trump’s former White House press secretary. She officially announced her participation in the Arkansas governor election in 2022 in January this year.

The bill passed in Arkansas is called the “Save Youth from Experimentation Act” (HB1570 Act). Arkansas became the first state in the United States to ban doctors from providing transsexual treatment to minors under 18 years of age. The ban includes hormone therapy, puberty blockers, or surgical degeneration treatment.

According to the Associated Press, the initiator of the bill and Republican state senator Alan Clark said: “The purpose of this bill is to protect children, and it is in areas where they need protection very much.”

The American College of Pediatricians expressed support for the bill. They want to protect children from irreversible surgery that may be regretted in the future and the potential health effects that may result from it.

According to reports, 16 other states in the United States are also considering drafting similar bills.

Democrats support the Republicans: they can’t perform sex reassignment surgery on their children