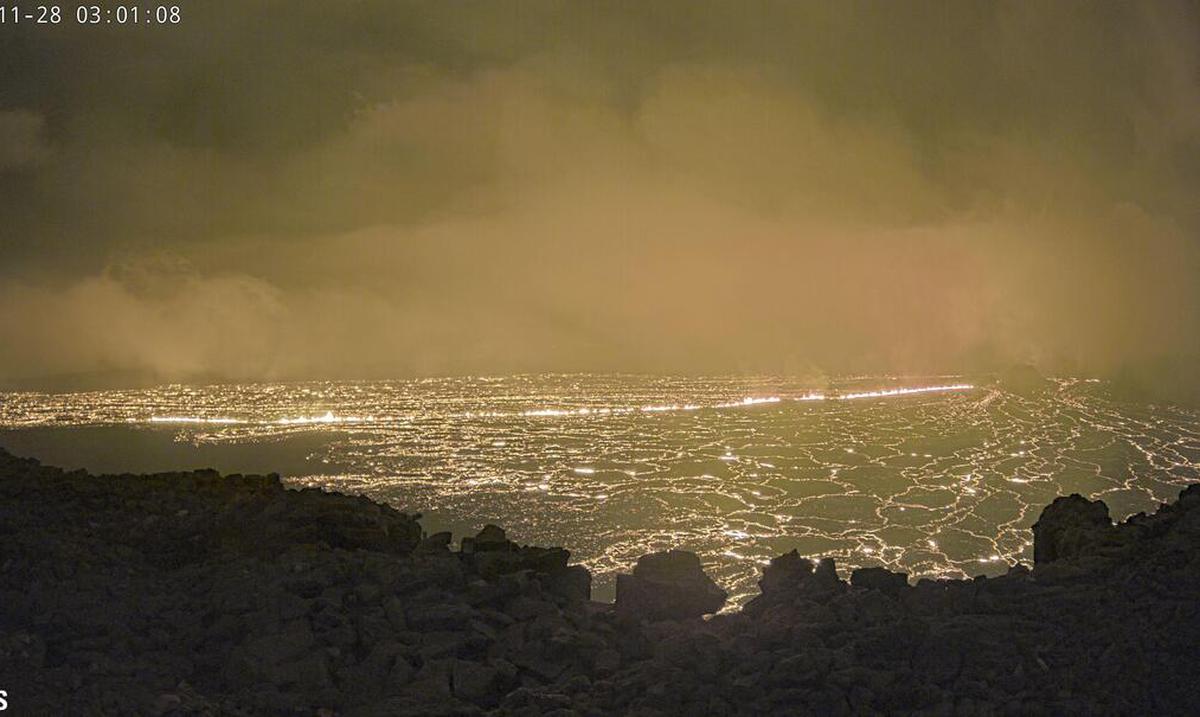 The eruption began Sunday night in the caldera at the summit of the volcano on the Big Island, according to the United States Geological Survey (USGS, for its acronym in English). The lava flows were contained in the summit area and did not threaten nearby townsthe agency said early Monday morning.

The USGS warned residents at risk from Manua Loa’s lava flows to review their preparations in case of an eruption. Scientists were on alert because of a recent increase in earthquakes at the summit of the volcano, which had not erupted since 1984.

Webcams for the volcano can be found at https://t.co/Vb49rS11OH. pic.twitter.com/BDNWWT3kjH

Rising 13,679 feet above sea level, Mauna Loa is Kilauea’s much larger neighbor, which destroyed 700 homes in 2018. Some of its slopes are much steeper than Kilauea’s, so its lava can travel much faster if it erupts.

During an eruption in 1950, lava from the mountain traveled 15 miles to the ocean in less than three hours.