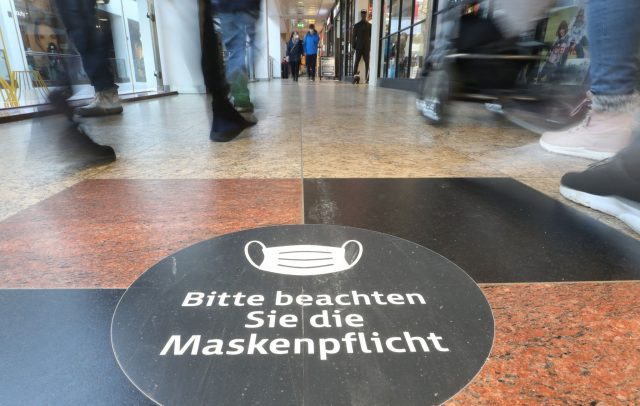 Passers-by walk through a shopping center on the floor of which there is a sign stating that masks are compulsory.Photo: Danny Gohlke/dpa

An overview of the latest developments relating to corona measures, politics and vaccination.

8:50 a.m .: The hospitality industry cannot recover in the second year of corona

Hotels, restaurants and pubs in Germany have not been able to make up for their slump in sales since the beginning of the corona pandemic last year. Price-adjusted sales in the hospitality industry in 2021 were even 2.2 percent lower than in 2020, as the Federal Statistical Office in Wiesbaden announced on Monday. Compared to the pre-crisis year of 2019, real sales were 40.3 percent lower.

At the end of 2021, the usual high turnover in the hospitality industry was again absent, explained the Federal Statistical Office: In December, calendar and seasonally adjusted turnover fell by 21.1 percent in real terms compared to November.

In the course of December, access restrictions in gastronomy and accommodation were tightened in many places; In addition, many guests avoided gastronomy and private trips due to the sharp increase in the number of cases and concerns about a corona infection.

Price-adjusted, hospitality sales in December were almost twice as high as in the lockdown month of December 2020. However, they were still almost 42 percent below the level of February 2020, the month before the outbreak of the corona pandemic in Germany.

7:14 a.m .: World Medical President does not see Novavax as a “game changer”

World Medical President Frank Ulrich Montgomery expects the Corona vaccine Novavax to hardly improve the vaccination rate in Germany. “I’m not sure that Novavax will be the ‘game changer’ of the vaccination campaign,” he told the “Rheinische Post” (Monday edition). “Even with Novavax, you won’t reach the ‘hard-core vaccine refusers’.”

It is a protein vaccine based on well-known principles. “It has no fewer side effects than the world’s leading mRNA vaccines,” says Montgomery. “But it can serve as a psychological bridge for those who – scientifically unfounded – have spoken out violently against modern vaccines.” The Novavax vaccine will be delivered in Germany from Monday.

The chairman of the board of the German Hospital Society, Gerald Gass, calls on the federal states to be consistent in the implementation of compulsory vaccination. “We expect a uniform nationwide procedure from the federal states for the implementation of facility-related vaccination requirements,” he told the “Bild”. This also applies to “necessary exceptions where the care of patients could otherwise be at risk”.

Gass criticized the “back and forth in the debate” about the implementation of compulsory vaccination among the federal states. This has “made the efforts of many clinics massively more difficult to win unvaccinated employees for a vaccination through education”. For reasons of acceptance, there can also be no “facility-related without a general obligation to vaccinate”. Gaß: “How is a nurse supposed to understand the obligation to vaccinate for herself while she has to care for Covid patients who are mostly negligently unvaccinated.”

4:00 p.m .: The federal government has so far spent 42 billion euros on short-time work in the Corona crisis

The federal government has spent 42 billion euros on short-time work benefits since the beginning of the corona pandemic. These included the funds from the former reserve of the Federal Employment Agency (BA), which were then increased with federal funds, Heil told the Berlin “Tagesspiegel” on Sunday. By the end of 2022, the Federal Employment Agency expects the total costs of short-time work to be around 46 billion euros.

“Short-time work was damn expensive. But the alternative, namely allowing mass unemployment to return, would have been much, much more expensive for Germany, socially and economically,” said Heil. The money spent has not disappeared, but has helped to stabilize the economy in the economic cycle.

“According to our knowledge, short-time work has secured up to three million jobs in Germany,” said the Labor Minister. At the beginning of the pandemic, around six million people were on short-time work, now around one million. Another positive effect is that now that openings are possible, companies have their specialists on board to get started.

“Other countries have followed our model,” emphasized Heil. “The US Secretary of Labor told me that ‘The Kurzarbeit’ has become a separate term, like ‘kindergarten’. That’s a nice code for good crisis management.” On Friday, the Bundestag extended the corona-related regulations for short-time work. Short-time work benefits can continue to be paid until June 30th. At the same time, the maximum entitlement period was extended from 24 to 28 months.

Germany is also relaxing its Corona travel rules, family vacations in particular are being made easier. This emerges from a draft amendment by the Federal Ministry of Health for the entry regulation, which the “Neue Osnabrücker Zeitung” reports on. Children up to the age of twelve should therefore be exempted from the quarantine requirement when returning from high-risk areas and far fewer countries will be designated as high-risk areas in the future.

“Children have had to cope with a lot in this pandemic. That is why we are relaxing the entry regulations at the time when the current omicron wave has passed its zenith,” Lauterbach told the NOZ. “It makes traveling easier for families. They should still be careful on vacation.” According to the draft amendment, countries should only be designated as high-risk areas if a corona mutant is rampant there that is more dangerous than the omicron variant, such as the delta variant. This means that Omicron countries are no longer required to register and quarantine when returning to Germany.

If unvaccinated children return from areas that are still considered high-risk areas, they can in future be tested freely. So far, a quarantine obligation has applied to them. The obligation for all non-vaccinated persons to present a negative test upon entry remains, even if they return from non-risk areas. Lauterbach’s draft amendment is due to go through the cabinet on Wednesday. On March 4th – i.e. before the Easter travel season – the easing should come into force, as the Ministry of the NOZ announced. (dts/afp/dpa/red) 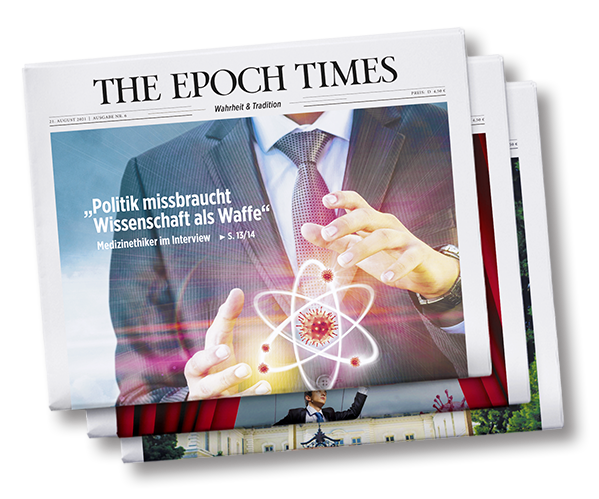