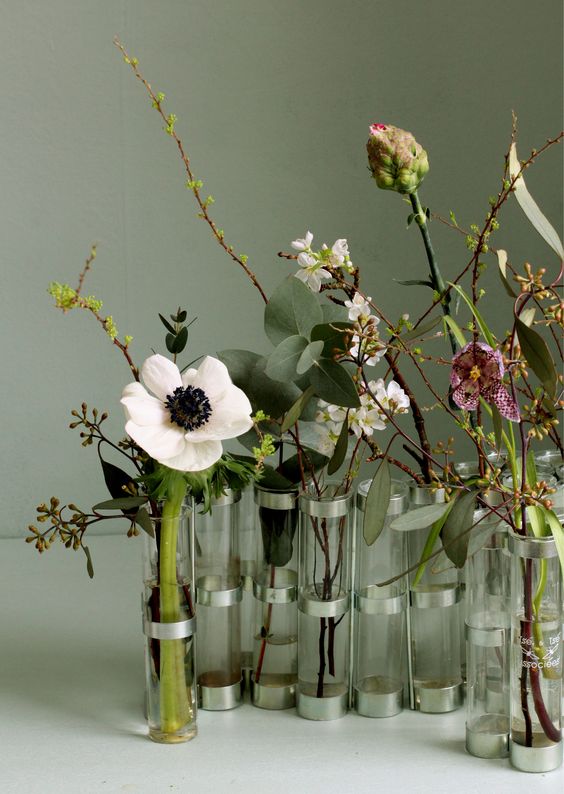 is one of the most beautiful decorative objects of the 20th century. Imagined in 1991 by Sigolène Prébois and Catherine Lévy, the vase was added to the permanent design collection of the Museum of Modern Art Georges Pompidou in 1997. This vase has a unique design inspired by Japanese ikebana. Its galvanized steel structure and series of blown glass test tubes make it fully modular, allowing you to create your own composition. There are several versions of the Tse-Tse vase: the small model, the classic Avril vase (the medium one), and the Avril XXL vase (the big one). There is also a limited edition red version, which was created to celebrate the 50th anniversary of Marie-Claire Maison and the 25th anniversary of the Tsé-Tsé vase. With its strong personality and poetic way of highlighting flowers, the April vase is perfect for enhancing any interior. Whether it’s in a bedroom, kitchen, or living room, this vase design will add a touch of poetry to your home.