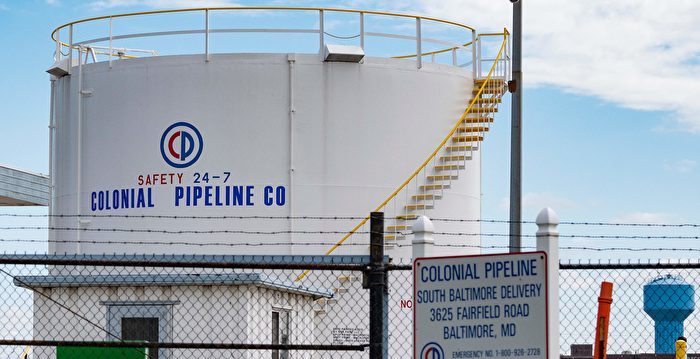 [Epoch Times, May 16, 2021](The Epoch Times reporter Gao Shan compiled a report) The Colonial Pipeline, the largest fuel pipeline in the United States, was attacked by hackers and ransomware on May 7, and the pipeline network was forced to shut down . As of Saturday (May 15), the entire oil pipeline system has resumed normal operation and started to transport millions of gallons of fuel per hour.

CNBC reported that the company announced on Saturday (May 15) that the pipeline has now resumed service to all markets, including Texas, Louisiana, Mississippi, Alabama, Tennessee, Georgia, South Carolina and North Carolina, Virginia, Maryland, Washington DC, Delaware, Pennsylvania, and New Jersey.

The hacker cyber attack forced the company to close about 5,500 miles (about 8851.392 kilometers) of oil pipelines, and caused widespread fuel shortages in the southeastern United States, triggering panic buying in some states.

The “colonial pipeline” bears nearly half of the fuel supply on the east coast of the United States, including gasoline, diesel, heating oil, and aviation fuel. At around 5 pm Eastern Time on Wednesday (May 12), the “colonial pipeline” oil transportation system resumed operations. But the company warned that the pipeline will not resume full operation immediately.

An American official who asked not to be named told NBC News on Thursday (May 13) that the “Colonial Pipeline” company paid the hackers a ransom of nearly $5 million. It is unclear when this transaction occurred.

The “Colonial Pipeline” company stated that it will invest the necessary resources to maintain the safe and reliable operation of the pipeline system.

The “Colonial Pipeline” company said in a tweet: “Since this incident, we have always made it clear that our focus is to safely and effectively restore the service of our pipeline system.”

The company said: “Our pipeline team members worked safely, tirelessly, and day and night to restore the pipeline. We are very grateful for their dedication and professionalism during this extraordinary period.”