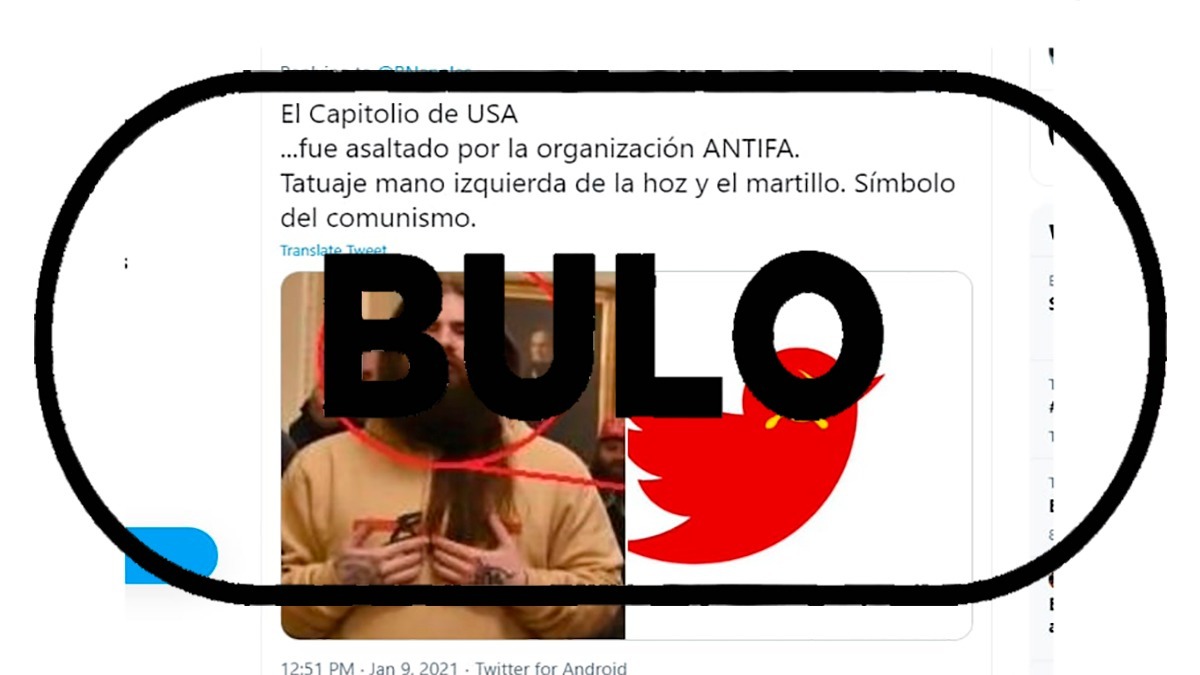 In numerous images of the disturbances in the Capitol appears a young man with a beard, long hair, yellow sweatshirt and tattoos on the hands that some publications have identified as anti-fascist (antifa), also pointing out that he wore a “communist” tattoo. As we have been able to verify, his profile on networks is that of a Trump follower gamer and the figure in his hand comes from a video game.

Leadstories.com has identified the individual as Will Watson and provides photographs of a now defunct Instagram account where you can see him clearly. We have investigated its name and it corresponds to various digital content of a person who is fond of video games. In your account Twitch.tv has retransmissions Live and defines himself as “a pretty decent person” who now focuses on Apex Legends, a combat game.

The Twitter account is already inactive, but traces remain on the Web. It shows the political tendency of Watson. From November 4 posts in support of Trump appear and the hashtag #Stopthesteal is used, used by those who maintain that there was electoral fraud.

In the middle Alabama Political Reporter They claim Watson is from that state, Alabama. They show a message that he posted on Snapchat: “They want to call me Antifa because I have a video game tattoo on my hand and I was asking for a peaceful speech […]. Let them say whatever they want. Fake news won’t win against the thousands of patriots who recorded today. ” On his Instagram account, according to this outlet, there were references to several conspiracy theories related to COVID-19.

Some users accused Watson and the person who accompanied him in the image (with a mask, glasses and short dark hair) of antifa. A Spanish politician suggested they were not Trump supporters. The excuse was the appearance of a photograph with two similar-looking people on the blog Phyliantifa.org. However, in that snapshot said blog is not showing members of its collectiveInstead, he’s pointing to a white supremacist, Jason Tankersley. The original photo does, in fact, show three people, but it was circled cropped to show only two, Tankersley and another man, who resemble Watson and his companion and could expand the confusion.

Tankersley denied in his Facebook page who was in the assault on the Capitol and pointed out as proof that he had cut his beard and hair years ago, as can be seen in a photography. Neither their tattoos match with those of Watson, which has no drawings on the fingers while Tankersley does.

About Watson’s tattoo on his left hand it has been said that it is a “communist hammer and sickle”, but it’s not like that. The figure comes from Dishonored video game, as many amateur users have pointed out.