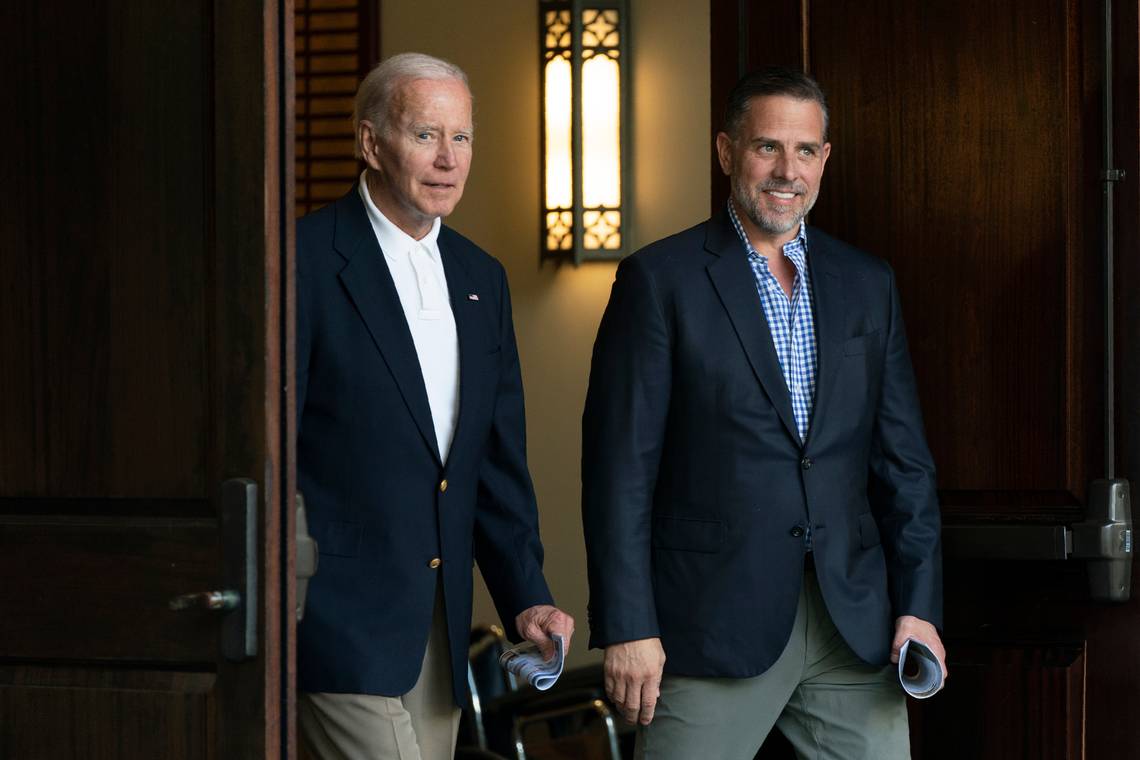 Earlier, DNA tests showed “with near scientific certainty” that the president’s son, Hunter Biden, is the biological father of an Arkansas woman’s 4-year-old daughter, an Arkansas judge wrote in a state court filing in January 2020.

This came after the girl’s mother, Lunden Roberts, sued Hunter Biden in May 2019 to establish her daughter’s paternity and order him to pay child support, according to court records filed in County Circuit Court. Independence, in Arkansas. The civil case was reopened in September.

Although Roberts, of Arkansas, wants the Biden family to “remain estranged” from their daughter, she filed a motion with the court December 27th, requesting that his daughter carry the last name Biden.

Roberts argues that her daughter would “benefit” from changing her last name to Biden and that it would “have a huge impact and preserve her legacy.”

In addition, he said that a change of last name would allow his daughter “to be known undeniably in the world as the daughter of [Hunter Biden] and a member of the prestigious Biden family,” according to the motion.

McClatchy News contacted the lawyers representing Hunter Biden and Roberts on January 5 and did not immediately hear back.

The daughter of Roberts and Hunter Biden was born on August 28, 2018, according to the judge’s order establishing the girl’s paternity.

Before suing Hunter Biden in May 2019, Roberts used to work for him, according to The New York Times.

Roberts became his employee when she previously lived in Washington DC, according to the Arkansas Democrat-Gazette citing her attorney Clinton Lancaster.

Hunter Biden initially refuted the allegations made in Roberts’ lawsuit, which came shortly after he married his current wife, Melissa Cohen, the Arkansas Democrat-Gazette reported. He later wrote in his book “Beautiful Things,” published in 2021, that he had no recollection of getting Roberts pregnant.

When Roberts stopped getting paid from Hunter Biden’s company and stopped receiving health insurance, he filed the lawsuit, The New York Times reported.

In March 2020, Roberts’ paternity suit against Hunter Biden was settled when he was ordered to pay her monthly support based on her income, per a judge’s order. He was also ordered to reimburse her for her health insurance costs after it was established that he is the father of Roberts’ daughter.

This closed the case, until Hunter Biden’s attorney filed a motion in September seeking to reinstate previously determined support payments, the documents show.

“Since the entry of the existing child support order there has been a substantial material change in (Hunter Biden’s) financial circumstances, including but not limited to his income…,” the motion reads.

A hearing on this matter, originally set for January 4, has been rescheduled for February 22, according to another document filed on January 3.

Meanwhile, Roberts’ motion for a name change remained unresolved as of January 5.

In the motion, he asked the court to ensure that his daughter “will not experience any hardship, harassment or embarrassment for carrying the Biden last name” if the change is granted.

“Rather, it will open up opportunities for her as it has for other members of the Biden family,” the motion added.

Hunter Biden is one of President Biden’s sons with his first wife, Neilia, according to his White House bio.

After President Biden was elected US Senator at age 29, Neilia and her daughter Naomi died in a car accident, her biography states. The sons he shared with Neilia, Hunter and Beau Biden, were badly injured but survived. In 2015, Beau Biden died of brain cancer.

Hunter Biden’s other children are three daughters shared with his ex-wife Kathleen Buhle, —Naomi, 29; Finnegan, 22, and Maisy, 21—and his and his wife’s son, Beau Jr., 2, according to People magazine.