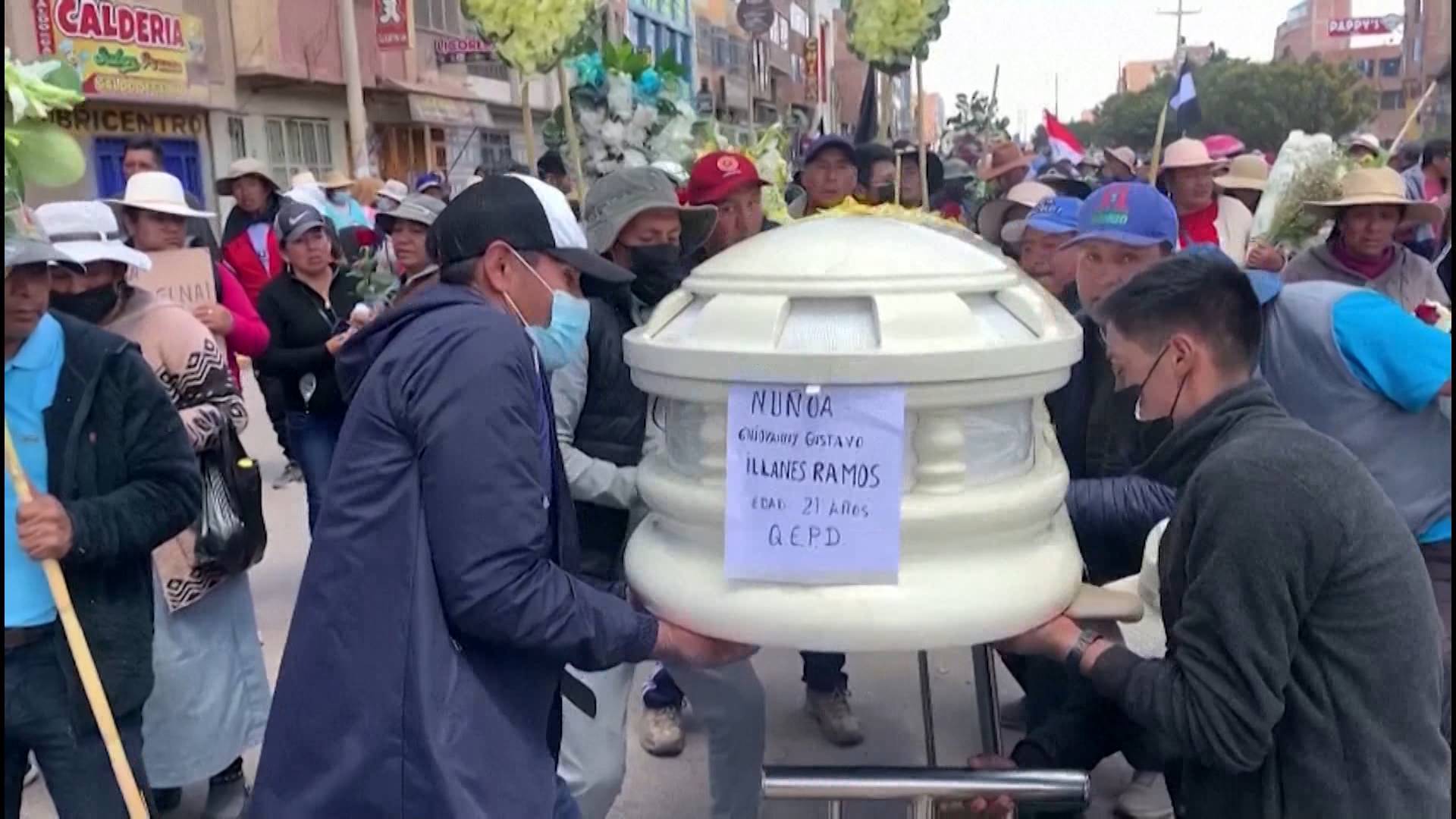 In Peru, the death toll in anti-government demonstrations has risen to 48. The protests began last month after the ouster and arrest of former leftist president Pedro Castillo. The health authorities said that 37 civilians and six police officers were injured this Wednesday after the new clashes that broke out in the city of Cusco. Meanwhile, thousands of people in the city of Juliaca held a massive funeral procession for the 17 people who died Monday after security forces opened fire on protesters calling for the resignation of Castillo’s successor, Dina Boluarte. Among the dead was Yamileth Aroquipa, 17, a psychology student and volunteer at a shelter for abandoned animals, who was fatally shot in the abdomen. Her mother spoke to the press on Wednesday.

Dominga Hancco: “La Dina, murderer, why doesn’t that lady have blood on her face? My young daughter had such a bright future ahead of her. She wanted to visit many countries. She was a psychologist ”.