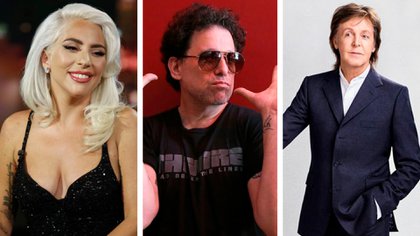 Without the art, 2020 would have been worse than it is. There is no scientific evidence to support this claim, but neither is there any doubt. Everyone in their field has reinvented themselves to survive, although many have died in the attempt. Cinemas, theaters, concert halls, movie sets and recording studios around the world have been closed. The restrictions forced performers and audiences to forcibly transform, inventing new ways to communicate and be entertained. This research resulted in a rare, but no less interesting year.

The month of January had started in a strange way for the music industry in general and for British artists in particular. Great Britain had announced that it was finally getting rid of the European Union (Brexit has just been finalized) and the parties for and against have spoken according to their interests. In those early days of 2020, a full report titled The Birmingham Live Music Project was released, produced by professionals from Aston University, Birmingham University and Newcastle University. There it was explained in a didactic way why Brexit was going to harm the music of this territory. In conclusion, the report said: “A significant decline in music tourism and an exodus of businesses vital to infrastructure are among the Brexit concerns voiced by the music industries.” In the end, the pandemic was worse, but no one imagined it.

A few months later, the first cases of coronavirus began to arrive in Argentina, as they began to speak of confinement. End of February, green day It was already one of the first groups to suspend a tour: “Unfortunately, we have made the difficult decision to postpone our next concerts in Asia due to health and travel issues with the coronavirus. We know it sucks as we were eager to see you all, but save your tickets, we’ll be announcing the new dates very soon. From their official Twitter account, the group anticipated what was to be a fateful year and an upbeat South American fan replied, “Let’s see then, come to Latin America, there isn’t one here.” 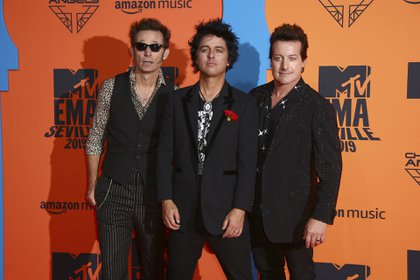 Many events were only launched for a few months, tours, festivals, shows. And also the record releases that were there, in the cat flap. Since it was thought that everything would happen at any moment, some artists have decided to let the launch of their work pass when the earthquake passes. The truth is, the disaster didn’t stop and finally they did. And as they did. This was the case with Chromatica de Lady Gaga, a most anticipated album that had a release date of April 10th. “It doesn’t seem fair to me to release this album with everything that’s going on with this global pandemic. Instead, I prefer that we spend this time focusing on finding solutions, ”he posted on his networks. The pandemic continued and the album was finally released on May 29.

Spacesuits, masks and garish colors were the origins of the aesthetic of “Stupid Love,” the first track the record predicted. The chorus and choreography for the music video finished doing the job. In the interview for New Zealand media, the artist explained that this album was “about healing and also about courage”. “When we talk about love, I think it’s very important to also include the fact that loving someone takes a lot of courage,” he confessed, hinting that he dedicated it to Michael. Polansky, who was then her new love and who is still her partner in life. present.

Digital platforms have become the center of life in quarantine and the star was TikTok. With the Chinese application for watching and making micro-videos, new characters have appeared such as Charli D’Amelio, a 16-year-old girl who now has over 104 million fans. This American daughter of an entrepreneur and a former model, inspired no more and no less than queens like Jennifer Lopez to be broadcast on the networks by doing these fast and difficult choreographies for any adult who is not a little trained. From the comfort of her room, Charli has shot an average of three videos a day, conquered all the brands that still want to sign with her, has earned millions and became one of the big winners of 2020.

Someone who quit being a teenager some time ago but found a way to grow up was Andres Calamaro. The musician surprised by appearing on his social networks, Instagram or Facebook, through various live appearances. Every day at dinner time, Calamaro would put on a live show from his home in Benavidez, Buenos Aires, and communicate with his supporters. It started at the start of seclusion and what emerged as an eccentricity has become a classic. From his bunker, the musician acts as a DJ, tells anecdotes, composes strange and new sounds live and gets angry every time he is asked for a classic. Nothing of “Thousand hours” or “Flaca”, Andrés was there – companion and thermos always ready – to show a facet of him unknown until now, as an underground artist, which suited him very well.

Others who opened the door to their house and won Camilo and Eva Luna. Ricardo Montaner’s daughter and her new husband moved to the paternal home to live there in quarantine and became the center of all eyes. They were already young, handsome, talented, and media-oriented, but this Big Brother in Miami ended up positioning them as the definitive family of 2020. Songs, statements, laughs, tattoos and lots of white bambula have been circulating all over social media. of each member of the clan increasing their followers and “views” at lightning speed. Good for them.

“I can’t breathe” were George Floyd’s last words on May 25, and they became a battle cry for the thousands of protesters who took to the streets in the United States to seek justice after this crime of hatred committed by Minneapolis Police. After this atrocious murder and the video showing the actions of the four police officers went viral, American society took to the streets, arousing resentment in the security forces. The music industry – which includes record labels, streaming companies and, of course, musicians themselves – almost spontaneously launched an initiative: BlackOut Tuesday. On Tuesday, June 2, the record companies pledged to stop commercial activity in solidarity with the black community. Its employees did not work all day and its artists were suspending all planned action. In this way, the music giants showed their dissatisfaction with the murder of Floyd and all that it stands for.

The concerts were conspicuous by their absence live, but exploded in streaming. There were improvised guitar games, and in the second half of the year tickets to see live concerts began to sell on the screen. The drive-in cinema has also become a new attraction for watching movies and social distancing recitals, as well as a way to charge and generate revenue for the punished entertainment industry. While it has started to gain attention (outside of the urban genre circuit) for a few years now, 2020 has also been the year of Bizarrap, the star producer who at 22 reached No. 1 in the ‘Top 10’. of the most listened to Argentinian artists in Argentina ”as in the“ Top 10 of the most listened to Argentinian artists in the world ”, according to Spotify. This young talent has imposed his music and freestyle sessions by merging with artists such as Nathy Peluso, Cazzu and Thunder, among others.

There is life after the trap and not just Gen Z got to work. At the end of the year, a beatle had a new album and that’s always good news. Paul Mccartney He took advantage of his confinement to work on his album McCartney III, the eighteenth of his solo career. Not only did he compose all the songs and sing them, but he also played all the instruments proving once again… that he has nothing more to prove: he is number one. From his home in Sussex he worked for over two months and there he recorded this work, which is part of a trilogy that began in the 1970s.

There was new music, a strange life, technologies that evolved, obvious causes and exquisite records to celebrate a year that leaves its mark. May 2021 brings the heat of live concerts and the reactivation of a sector which, from where it could have, made this year much less bad than it could have been.

Before and after: this is how the pop music icon Spice Girls are today

Music stars around the world affected by coronavirus