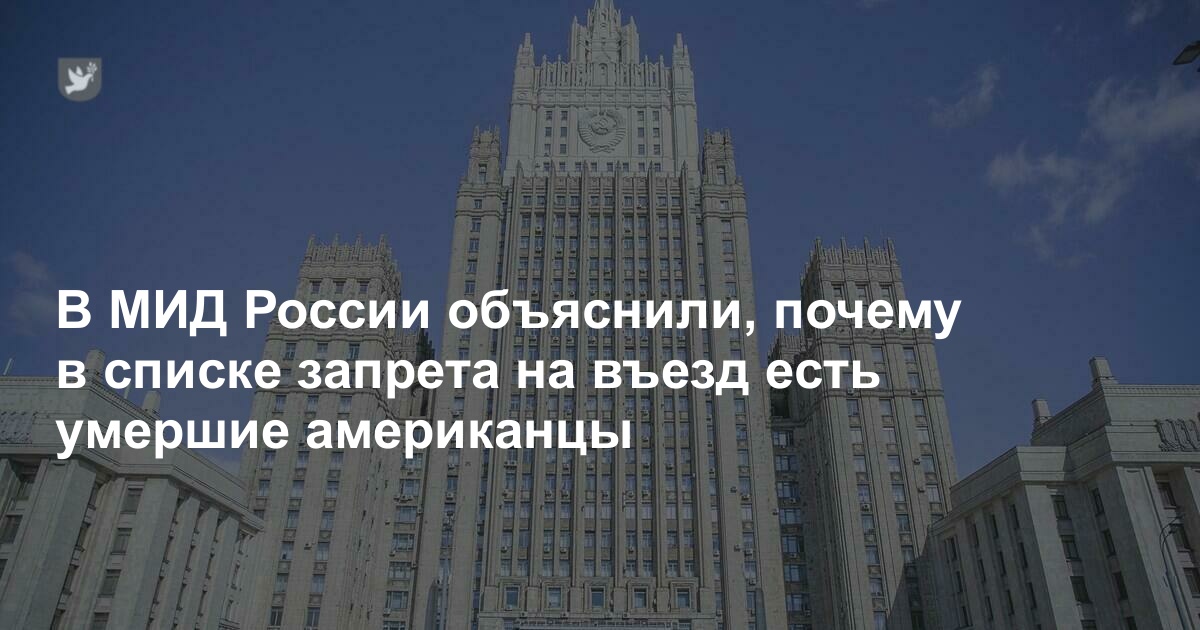 The Russian Foreign Ministry said it sees no reason to remove Senator John McCain, who died in 2018, from the sanctions list. The published list is consolidated and contains data on all American citizens who were denied entry to the Russian Federation in different years. This is reported RIA Novosti.

The Foreign Ministry stressed that they do not believe that they should somehow retouch or mask the fact that some of the politicians have already gone to another world.

“Here we do not see any reason to change anything at all,” the Russian Foreign Ministry added.

Recall that on May 21, the Russian Foreign Ministry published a list of persons who are under personal sanctions, they are also prohibited from entering Russia. There are 963 names on the list. These are senators, members of the House of Representatives, the US Congress, the FBI, the CIA and the Ministry of Defense, other departments, judges, lawyers and prosecutors, journalists, military personnel and businessmen, there are also ordinary citizens.