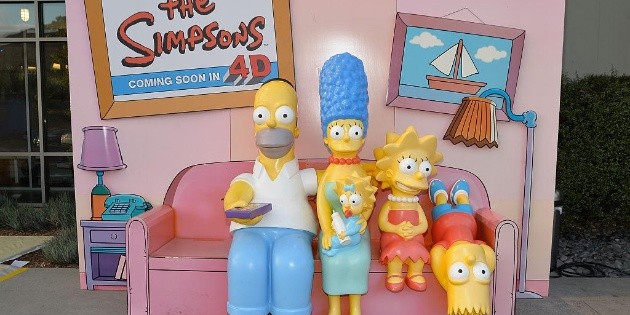 Throughout more than three decades, ‘The Simpson’ They have given us unforgettable moments and have become a popular icon of world culture, positioning themselves as one of the most watched television programs in history. Despite the fact that there was a drop in quality in the seasons, fans continue to watch the series, and more repetitions of old episodes.

When it comes to talking about favorite situations among fans, many can be mentioned, but if there is something for which they have gained the attention of an audience outside the show, it is their ability to predict various events since its creation, such as the Coronavirus, the purchase of Fox by Disney, President Donald Trump of the United States, Attack on the Twin Towers, and more.

As well as the yellow family, there are other prophets who, according to their followers, are effective in their words, such as the renowned Nostradamus, who left his thoughts for 2021, like ‘Baba Vanga’. ‘The Simpson’ they don’t want to stay behind them, that’s why the british newspaper Birmingham Live presented 7 predictions that can come true next year.

+ The Simpsons predictions that can be fulfilled in 2021:

Herb, Homer’s brother, designs a baby translator in season three. Will we get to see it?

This has appeared in several chapters, and it appears that the traditional Big Ben clock has an expiration date.

With the growth of technology we see more and more robots or artifacts. Is there a fault that turns them against us?

A city under a dome

As in the 2007 movie, a city is isolated to protect the population. If the pandemic continues, could it happen?

A millionaire blocks the sun

In Season 7, Mr. Burns blocks natural lighting so more electricity is consumed. Will it happen somewhere on the planet?

According to the British newspaper, the United States will begin to provide subliminal messages to recruit them to the Navy.

Ivanka Trump President of the United States in 2028

Although it is not directly for 2021, it may be the beginning of a campaign between now and 2028. What do you think?