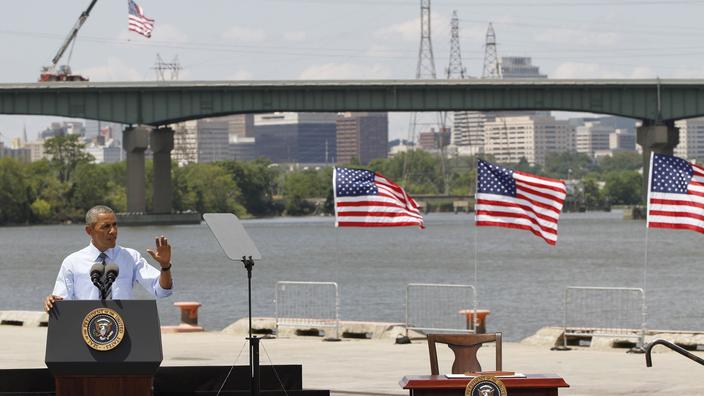 Farms, cows but above all advantageous tax laws. Pointed out by many organizations, the second smallest state in the United States is still cringe as reforms date ahead.

On June 17, the European Commission presented its action plan to reform corporate taxation with Pierre Moscovici, Commissioner for Economic and Financial Affairs, project leader. From the rostrum, the Frenchman said that it was no longer acceptable “that some companies pay almost no tax because someone carries a very heavy tax burden for them”. Its objective is simple: that each company, regardless of its size, pay its share of tax in the country where it is present. In the wake of the announcements, the Commission presented a blacklist of tax havens. But strangely, no American entity is there. Yet Delaware, the second smallest state in the United States, is known to be a popular destination for tax evasion.

Reading the official website of the State of Delaware (United States), located at the gates of Washington, one has the impression of opening a manual. One of the proposed documents is entitled: “why companies choose Delaware“. The figures are final. By 2014, more than 950,000 businesses worldwide registered in Delaware, more than the state’s population (935,600). In total, two-thirds of the 500 largest American groups listed on the stock exchange are present. Often it is just a simple mailbox. At number 1209 North Orange Street in Wilmington, the most populous city in Delaware, there are even nearly 200,000, as shown in theHumanity in 2013. Apple, Coca Cola, Ford, Google, General Eletric… all the economic gratin has a place of choice.

“We installed in Delaware a system capable of being legally hijacked. It is a place that everyone knows but that we let live. It is this drift of the American face that pushes the OECD to classify the country among the states that provide information against tax fraud but with still efforts to be made on its territory ”, explains Pascal Saint-Amans, Director, Center for Tax Policy and Administration, Organization for Economic Co-operation and Development (OECD). For almost twenty years, local authorities have implemented a system to change the state, transforming it into a place where it is possible to domiciliate a company or a subsidiary., without having neither employee nor activity, nor even of general assembly, and where the tax is minimal.

An established business pays no local tax and only has to pay US federal tax. After calculation, the annual cost of a company based in Delaware is estimated at $ 400 per year, the only costs being the installation of a “head office” where an agent must be able to handle mail ($ 250) and a few fees. administrative costs (approximately $ 150). The installation of thousands of groups brings the enclave nearly 30% of its annual budget. Starting a business is very quick. John Kowalko, a local Democrat elected official, recently explained that “it takes more documents to register for the library than to set up a company”.

The key to the Delaware system is actually anonymity. A newly registered business is not required to identify its beneficiary. As a result, no investigation into tax practices is successful because the front companies set up do not have human names in their organization chart. Pascal Saint Amans believes that it is actually “very difficult to judge the extent of the money illegally earned”. The problem has become an issue for the country which is trying to redeem itself in tax matters. While some states like Wyoming or Nevada have applied an almost similar model but on a smaller scale, others like Pennsylvania have decided to denounce these practices: in recent years, companies have come to exploit shale gas in the state. and the latter cannot profit from the profits, the companies being registered … in Delaware.

After numerous studies and works such as the book “Those rich who don’t pay tax”By Quebec tax expert Brigitte Alepin, the United States has moved forward slightly. “Things have evolved, today the United States are open to the transmission of information monitored by the World Forum,” says Pascal Saint-Amans. The fact remains that global legislation will only be able to move after passing a law through Congress. Democratic jurist Carl Levin has worked in this direction, without real support from the presidency or the vice-presidency, Joe Biden was also a Delaware senator from 1973 to 2009. The local Democratic Party, as L’Humanité reported in 2013, would even push for solicitous communication: “The companies choose our state and we are proud of it. We spend a lot of time traveling overseas to spread the word that Delaware is a great place to do business ”.

In 2009, the London NGO Tax Justice Network included Delaware in first place in its ranking of tax havens ahead of Luxembourg or Switzerland. During the months which followed the publication, Jean-Claude Juncker, then Prime Minister of Luxembourg and President of the Eurogroup, even used it as an argument in the face of the absence of the United States from the black lists presented by the G20: “The G20 has no credibility, nor any coherence, if on the so-called“ black ”list of tax havens, there is no Delaware, there is no Wyoming, there is no Nevada ”. If theEuropean Union has always refrained from making its American ally appear in its publications, Delaware was denounced by another tax haven, the Cayman Islands, which admitted that the American state was much more opaque than they. Yet today, nothing has changed yet.