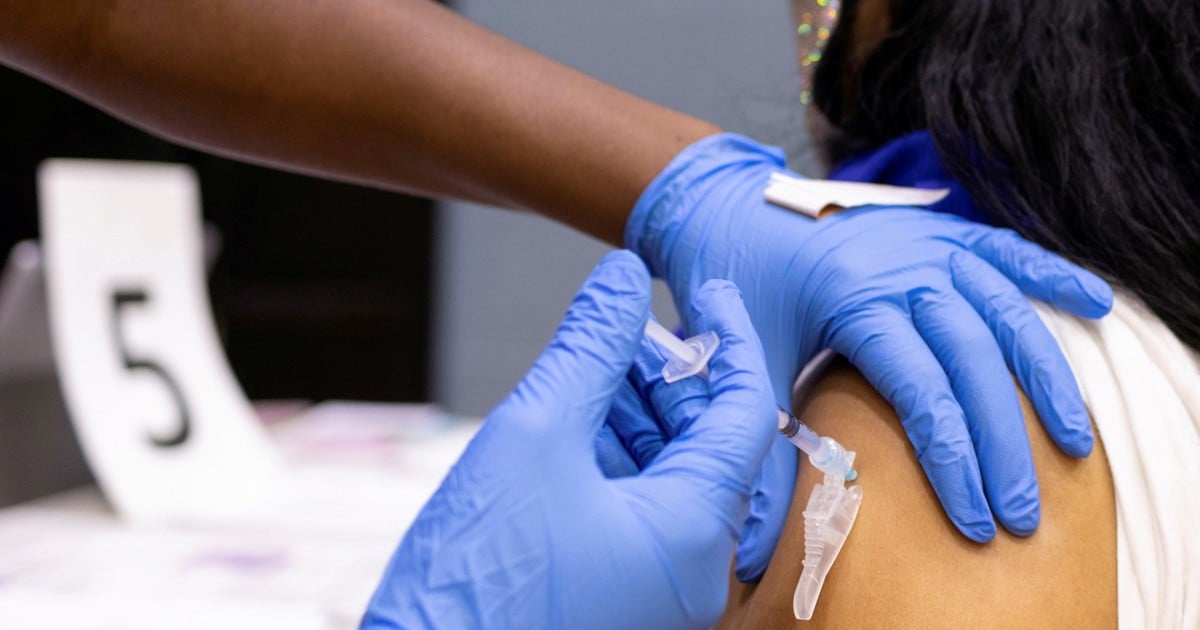 Many African Americans are suspicious of vaccines. The conservative population of rural areas is convinced that they kill more than the covid itself.

Southern states have one of the lowest vaccination rates in USA: the region is thus the Achilles heel in the fight against the variants of the coronavirus.

With her small team and an energy barely sapped by the scorching heat, Sheila Tyson, a legislator from Birmingham, the main city in the state of Alabama, knocks on the doors of modest houses in the Memorial Park district, inhabited mostly by Afro-descendants.

“I want to see you all on Sunday (in the park)! There will be free food, until it runs out, and vaccinations, are they vaccinated?”, Launches this activist from the “Round Table of Black Women of Alabama” to those who appear head.

Despite having a foot injury, Tyson is one of the few locally elected officials who tours parks, schools, kindergartens and stadiums in underprivileged neighborhoods to promote anticovid vaccines.

During the peak of the epidemic in the state of Alabama, between December and January, “people were dropping like flies,” recalls Tyson.

Much of the African-American community in the southern United States does not want the coronavirus vaccine. Photo: AP

Today, “we are in a race between life and death,” says this Afro-descendant woman “very concerned” about the Delta variant of the coronavirus, which is advancing rapidly in the United States.

Between the conspiracy theories affecting the vaccination campaign Among the African-American minority is the idea that it aims to “sterilize black men,” he said.

False information fed by a long history of health discrimination, including the use of hundreds of black men as guinea pigs during the infamous syphilis experiments at Tuskegee (1932-1972), 200 km from Birmingham.

In fact, many African-Americans, who make up 27% of Alabama’s five million people, prefer to “wait and see” the effects of the vaccine before deciding, confirms Janice Cobb, a seamstress from Memorial Park.

In front of this distrustUltralocal actions, such as those organized by Tyson, are the most effective, but not enough to substantially raise the vaccination rate, explains Scott Harris, Alabama’s chief of health services.

Currently, only 40% of those over 12 years old received at least one dose of vaccines in this state: a rate slightly higher than that of Louisiana (38%) and Mississippi (36%) -the last place in the US ranking-, and well behind the national average of 64%.

For Scott Harris, the low vaccination rate “is not surprising” in this region, among the poorest in the United States.

“We are the last or almost the last in most of the health indicators,” he told AFP, recalling the equally high rates of cardiovascular disease and infant mortality.

A sign calls to get vaccinated, at a health center in Springfield, in the state of Missouri, United States. Photo: BLOOMBERG

However, he admits that he “did not anticipate the degree of resistance to the vaccine” in white men, especially in rural areas where “many think it is more dangerous than the disease.”

Frank Arant, a hairdresser from Oneonta, a quiet town north of Birmingham, is one of them. In his 70s, he is particularly vulnerable to the virus due to diabetes. But he is convinced that he runs the risk of dying if he is immunized.

See Also:  Mask is not required in most county facilities

“We had a lot of people here in the area who died from the vaccine,” he says.

“Their wives come to tell us about their deaths, while three days before they were there and said they were going to receive their dose. That is scary,” he says.

In this county where 90% voted for Republican mogul Donald Trump in the 2020 presidential election, the objections are also very political.

People “fear that they will be forced to get vaccinated, with President Joe Biden telling everyone to do it (…) They say: ‘It is up to us to decide, it is our life, we will not do it,'” Frank Arant sums up.

The president of the United States, Joe Biden, wants to have the majority of the country’s population vaccinated against the coronavirus. Photo: AFP

Hostility to the vaccine “has a lot to do with an attitude against authority ingrained in southern culture,” says JD Davidson, a young soldier from a wealthy Birmingham suburb.

“With the increase in political divisions, it is even more important (not to get vaccinated), it strengthens your identity,” he says.

The trips and visits of Democratic personalities, including the first lady, Jill Biden, to the south of the country to promote vaccination, They “only make the situation worse,” he says.

Against this backdrop, Harris no longer expects a dramatic increase in vaccine inoculation for September.

But he hopes that, with 1.8 million people at least partially vaccinated and 550,000 already infected and potentially immune, the new epidemic foci will be limited to the places with the least vaccinated.

And that Alabama, which recorded more than 11,300 deaths from the virus, will avoid the tragedy of last winter, when new daily cases and people hospitalized numbered in the thousands.