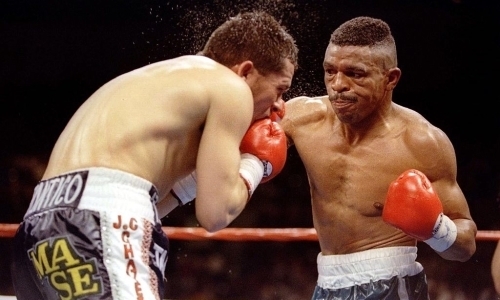 Randall has long struggled with dementia and brain damage, which he has earned over his 22-year professional boxing career.

The former athlete known as the Surgeon has died in a nursing home in his hometown of Morristown, Tennessee.

Randall is best known for being the first boxer to defeat Julio Cesar Chavez, whose record at the time of their fight in 1994 was 89 wins and one draw.

In total, Frankie Randall fought 77 fights, in which he celebrated victory 58 times. Another meeting ended in a draw. The American finished 42 fights by knockout.

Randall was born in Birmingham, Alabama, orphaned at an early age. He went on to become a leading amateur boxer and then boxed professionally from 1983 to 2005.

He spent most of his career under the promotion of Don King and faced such fighters as former world champion Edwin Rosario and Freddie Pendleton.

In amateur boxing, Randall set a record of 263-23, was a five-time Golden Gloves champion and a silver medalist at the 1980 US Olympic Games.