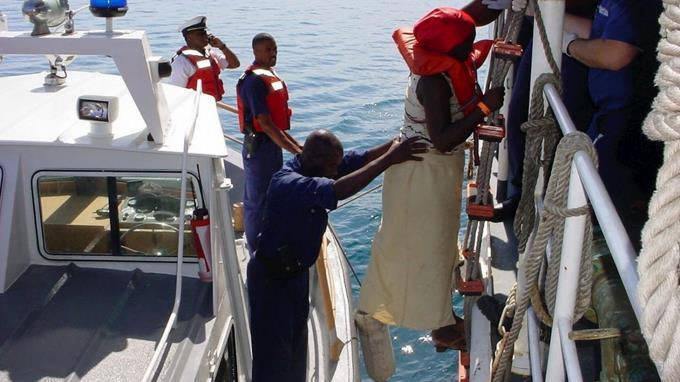 US Coast Guard troops intercepted this Thursday a boat packed with dozens of immigrants, about a hundred according to local media, that was sailing near the coast of Homestead, a town located south of Miami (Florida).

According to the Coast Guard, the immigrants were intercepted aboard a sailboat which was near the vicinity of Cayo Boca Chita, an island that is part of Biscayne National Park and is located in front of the Homestead air base, in southern Florida.

The authorities have not specified the total number of immigrants apprehendedbut local media encrypt the group in at least a hundred, among which apparently there are minors.

For now the nationality has not transcended of the intercepted undocumented immigrants, who are safe and in good condition on board the sailboat, according to the US Coast Guard on its Twitter account.

As aerial footage from local television shows shows, the boat has been surrounded by coastguard boats, who are seen throwing life jackets to the migrants for their safety.

Police and firefighters from Miami-Dade County have also participated in the operation, as well as agents from Marine and Air Operations of the Customs and Border Protection Office (CBP, in English).